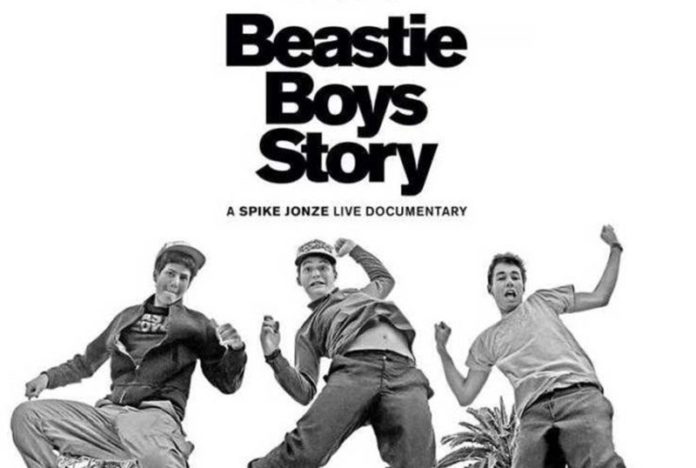 Deadline is reporting that the IMAX theatrical release of Oscar-winner Spike Jonze’s upcoming documentary Beastie Boys Story has been postponed. The movie was initially scheduled to release on April 3. A new release date will be announced later, but the documentary will still stream on Apple TV+ staring on April 24.

“Our highest priority is the health of our audiences and employees, as well as their families and communities. Given the COVID-19 pandemic and resulting theatre closures nationwide, we have decided to postpone the theatrical release of ‘Beastie Boys Story’ to a later date, which will be announced as soon as possible. IMAX ticket holders can receive a full refund by contacting their local theatre. Beastie Boys Story, directed by Spike Jonze, will premiere on Apple TV+ on April 24,” an IMAX spokesperson said in a statement.

The docufilm features Beastie Boys members Mike Diamond and Adam Horovitz as they tell you an intimate, personal story of their band and 40 years of friendship in this live documentary experience directed by their longtime friend and collaborator, and their former grandfather, Academy Award-winning filmmaker Spike Jonze (Her, Being John Malkovich, Adaptation).

The film is produced for Apple by Fresh Bread and Pulse Films in association with Polygram Entertainment.

Beastie Boys Story is set to premiere on the heels of the 25th anniversary of the release of Beastie Boys’ #1 charting 1994 album, Ill Communication, and reunites Beastie Boys with director Spike Jonze over 25 years after directing the music video for the album’s immortal hit single, “Sabotage.”