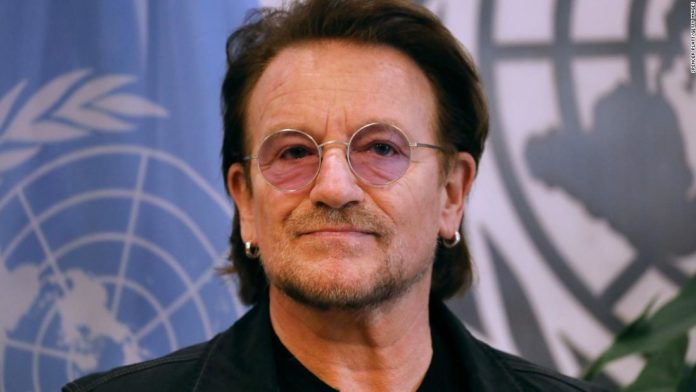 The 59-year-old U2 front man shared the track, “Let Your Love Be Known,” on the band’s official Instagram account Tuesday night, saying it was dedicated to everyone in a “tight spot” across the globe.
With Bono’s native Ireland canceling a host of St. Patrick’s Day festivities because of the outbreak, the singer and social activist offered a poignant take on the isolation and paid tribute to the healthcare workers helping those hit by the virus.
“For the Italians who inspired it… for the Irish… for ANYONE who this St. Patrick’s day is in a tight spot and still singing,” the video’s caption read. “For the doctors, nurses, carers on the front line, it’s you we’re singing to.”
As of Wednesday, the virus has killed nearly 8,000 people worldwide, with more than 2,500 Italians losing their lives.
The piano ballad features the lyrics: “And I can’t reach but I can rain. You can’t touch but you can sing. Across rooftops.
“Sing down the phone,” he belts out. “Sing and promise me you won’t stop, sing you’re never alone.”