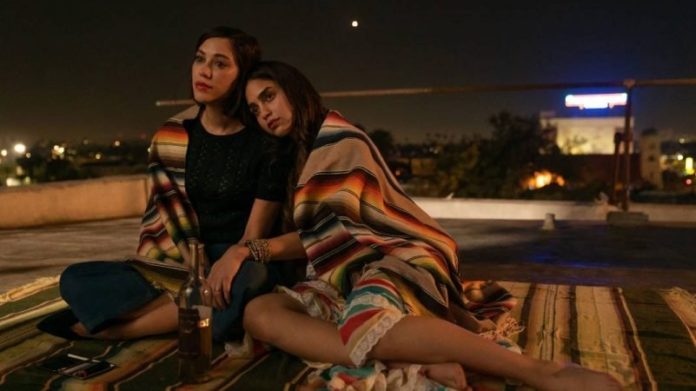 Ahead of Vida‘s return this coming April, Starz has announced that they’ve officially decided not to give creator Tanya Saracho’s critically-acclaimed drama series a fourth season renewal. The show’s upcoming third and final season will premiere on Sunday, April 26 at 9 PM ET/PT, airing six episodes week-to-week on STARZ. The announcement also came with the release of a new trailer and key art which you can now check below!

Saracho has also released a goodbye letter to fans as she expresses her gratitude for their love and support. Her full letter reads as follows:

I have not been able to write this letter — every time I try my palms get sweaty, my heart does a cumbia beat and I get nauseous. It’s taken me days. Because no matter how you slice it, this is a farewell letter. So I’ll get that part out of the way: Season Three will be VIDA’s final season. Rather than dwell on the ‘hows’ and the ‘whys,’ what I’m burning to get to is the ‘thank-you’ part. That’s the part that’s making my chest ache.

When I began this journey three and a half years ago, I never dreamed that by the end of the process I’d be so wholly changed — mind, body and spirit — and that I’d be standing so strongly in my abilities to run and create a TV show the way it should have always been created: By us. When I started this, the landscape was a bleak one for Latinx representation. In the television landscape, the narratives about us were few and far between and were stuck on stereotypical. And I had only heard of one Latina showrunner who’d been allowed to run a show solo. Also for brown queers, there was truly no representation.

This is where the thank-yous begin: Because you championed our delicate and darling little series, we were gifted three beautifully compelling, trailblazing seasons of television. Sincerely, this is why I wanted to personally write this letter, to express that your support has meant everything. It has meant two renewals and validation that our brown narrative is worth telling. I will never be able to thank you enough for your reception and endorsement. Truly.

This goodbye is too bittersweet for words. I’d be lying if I said I’m not sad about not getting back into that magical writers room to keep crafting our story. But after all, I got to tell the exact story I wanted to tell, exactly how I wanted to tell it, and that is rare in this industry. I leave steeped in gratitude. Thankful to Starz for not just allowing VIDA to happen, but for being great co-parents as we raised her together. And grateful for the collaborators whose careers we were able to launch: Latinx cinematographers, writers, actors — almost entirely female — who are now out there and in demand. What a beautiful family we built. And what a beautiful show.

Mil gracias. I do hope you’re able to give this, our last season, a good send off, because let me tell you, it is a powerful one. It is just as compelling as ever with some imagery and themes I’ve never seen on television before. I’m profoundly proud of it.

In Season 3, Emma and Lyn riding on the heels of success. The bar is booming and their love lives are actually flourishing… until the Hernandez sisters discover a long-buried family secret that ruins their hard-won peace. The sisters find themselves face to face with old ghosts and new enemies, all while deciding if they can continue together as a family or if they should move on alone, for good this time.

The premiere season of the series, created by Tanya Saracho based on the short story “Pour Vida” by Richard Villegas, Jr., centered around two Mexican-American sisters, Emma (Mishel Prada, Fear the Walking Dead: Passage) and Linda “Lyn” Hernandez (Melissa Barrera, Tanto Amor) from the Eastside of Los Angeles who couldn’t be more different or distanced from each other. Circumstances force them to return to their old neighborhood, where they are confronted by the past and surprising truth about their mother’s identity. As the season progressed, the two go on different introspective journeys as they learn of their mother’s secrets and how it affected how they live and act now.

Upon its debut in May, Vida was a hit for Starz with critics hailing the series for its fresh take on the familial genre and creation of a safe space for stories regarding Latinx and freedom of sexual identity, with the first season maintaining a 100% “Certified Fresh” rating on review aggregate Rotten Tomatoes with 28 reviews. It was also a ratings success, with the season finale tripling its Hispanic household audience numbers since the series premiere, as well as an overall increase of 60% of total viewers, with the series premiere having seen 0.20 million viewers while the finale saw 0.163 million viewers.

What would familia be without a little drama? The final season of #VidaSTARZ returns April 26 on @STARZ. https://t.co/QTFjCPWCth pic.twitter.com/AeqCfQ8Zsk 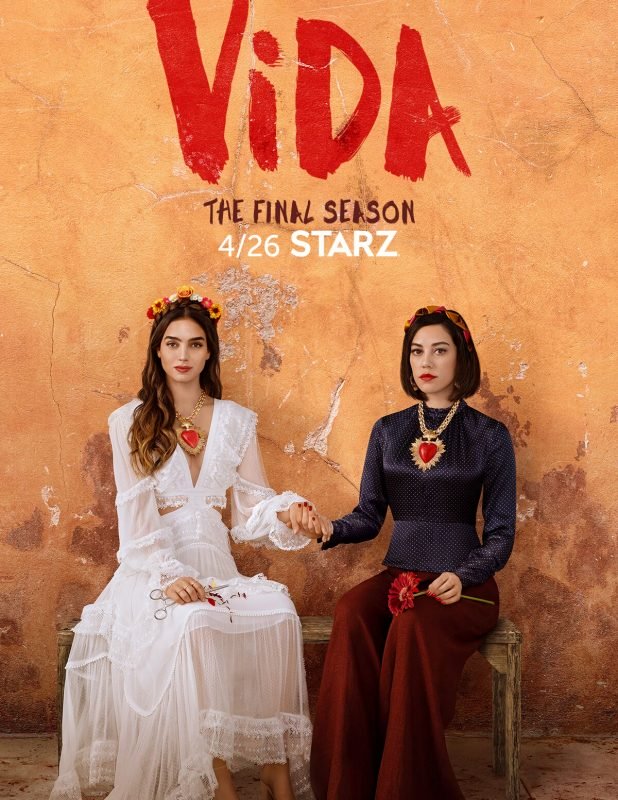