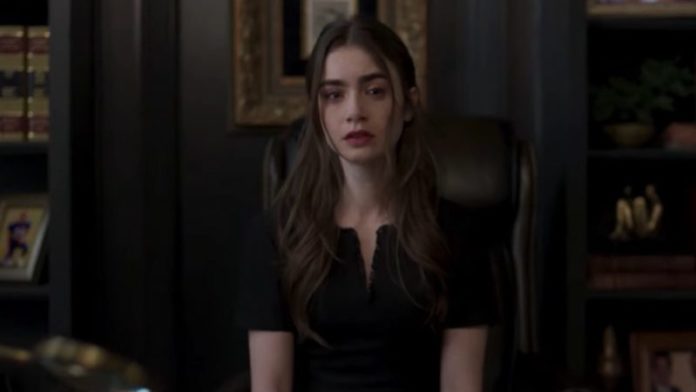 The official trailer for director Vaughn Stein’s forthcoming thriller drama Inheritance has been released, featuring Lily Collins’ Lauren as she discovers her father’s dark secrets involving Simon Pegg’s mysterious character. The film was supposed to have its world premiere at the now postponed 2020 Tribeca Film Festival. Check out the Inheritance trailer in the player below!

Inheritance examines a wealthy family whose patriarch dies, which causes a lot of family drama. Once his wife and daughter receive a shocking inheritance in his last will and testament, it could end up destroying their lives.

Inheritance is directed by Vaughn Stein from a script written by Matthew Kennedy. Richard B. Lewis (The Space Between Us) will be producing through his Southpaw Entertainment banner, joining David Wulf (The Night Clerk) of WulfPak Productions and Dan Reardon and Santosh Govindaraju (The Night Clerk) of Convergent Media.

The film is set to be released on May 22.