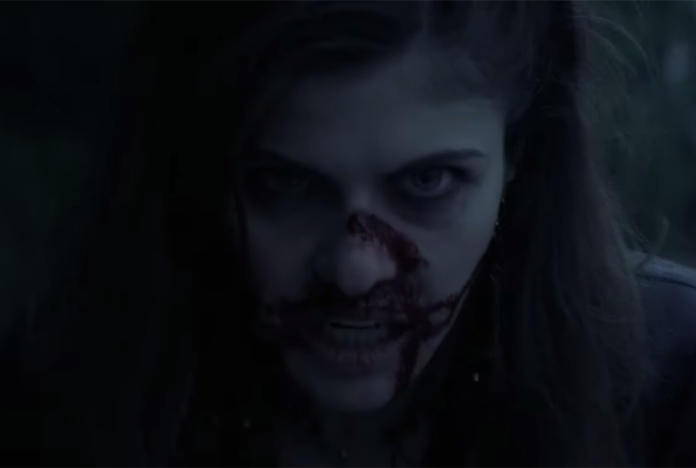 Saban Films has debuted the first trailer for the upcoming horror comedy We Summon the Darkness starring Alexandra Daddario as the leader of a trio of women holding a group of metalheads captive as satanic killers are sweeping through the country. The trailer can be viewed in the player below!

The film follows a group of friends heading to a heavy metal concert in the Midwest. Along the way, they meet a trio of seemingly fun-loving guys and eventually head off to a secluded country home for an afterparty. What should be a night of fun and youthful debauchery may instead take a dark, deadly turn. With killers on the loose, can anyone be trusted?

Robert Jones, James Harris and Mark Lane (The Strangers: Prey at Night, Three Seconds) of The Fyzz produced and financed the project alongside Magna Entertainment, with Kyle Tekiela (Mudbound) and Jarod Einsohn of Common Enemy, Christian Armogida of Nightshade Entertainment and Thomas E van Dell of Iconic Media One producing.

We Summon the Darkness debuted at Fantastic Fest in September to strong reviews and is set to hit VOD and digital platforms on April 10.