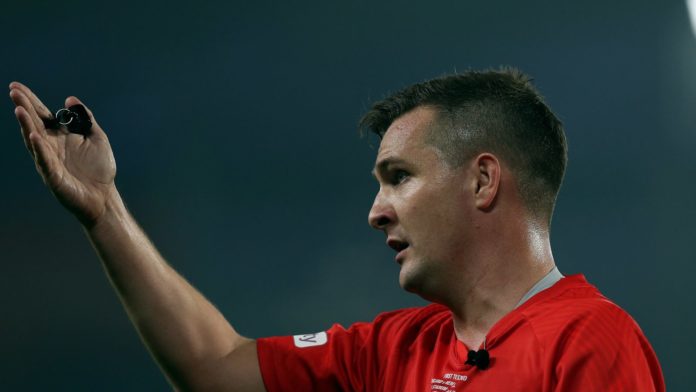 “No case to answer” for official Thaler following internal investigation

Leading Super League referee Ben Thaler, who has been suspended for the last month, has been cleared of any wrongdoing.

The Rugby Football League stood down the 38-year-old official pending the outcome of an investigation.

Thaler is in his 20th season as a professional referee and has regularly featured in Challenge Cup finals and Grand Finals.

He has not refereed a game since the opening round of the 2020 season, when he was in charge of Leeds’ 30-4 defeat to Hull on February 2.

A statement read: “Ben Thaler will again be considered for appointments as a member of the RFL’s squad of full-time match officials when competitive Rugby League resumes, after the completion of an internal investigation found there was no case to answer.”