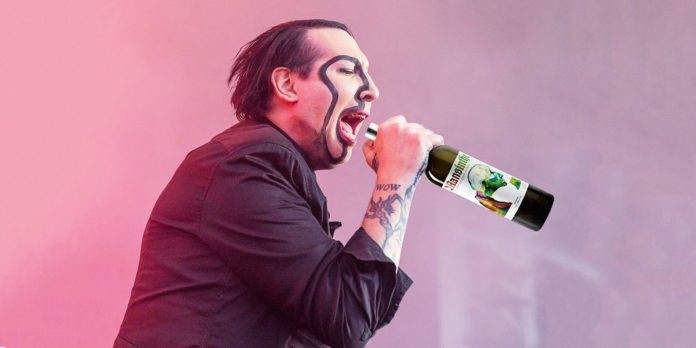 You should always be leery of anything endorsed by a celebrity. Do they actually like this product? Or were they simply paid a sack of cash to pretend that they do? This has become especially relevant as seemingly every week another celebrity is “launching” a spirit brand. I mean, it’s one thing for an A-lister to dupe us into buying a luxury car or $10,000 watch…but a bottle of bourbon? That should be up to the people to decide.

For these rankings, I included any liquor brand that is visibly owned, invested in, or heavily attached to a celebrity (that excludes a few commercial appearances, like Mila Kunis for Jim Beam). I also included any brand bold enough to grant their celebrity some bullshit title like “Chief Tastemaker.”

I didn’t include celebrity booze that no longer exists (R.I.P. Dennis Rodman Original Bad Ass Premium Vodka). Likewise, there are just far too many celebrity wines—some good, like Kyle MacLachlan’s Pursued by Bear, others quite Fergalicious—to add to this ranking. Ditto beers, which negates boy band Hanson’s Mmmhops.

While I tried to rank strictly based on the quality of the liquor, I’m only human, and I might have unwittingly dinged a product or two if they were owned by particularly lame celebrities. I also thought it was weird that there’s only one woman-owned liquor, but presumably it’s because women are smart enough not to crowd the market with such an ego-driven jerk-off of a product.

You’ll see plenty of megastars you love with products that stink, as well as plenty of celebrities we all loathe with impressive booze. And while none of the following spirits are what I’d call world class, quite a few are pretty damn good. So that’s where we’ll start.

Most celebrities slap their names on the surefire cash grabs of vodka and tequila, but Brian Hugh Warner went a different route. Better known as Marilyn Manson, the eccentric artist decided to make an absinthe called…Mansinthe. How could that self-aggrandizing silliness possibly be any good? It is. Manson, a connoisseur of the so-called “green fairy,” created a Swiss verte-style product that remains a prominent fixture at places like Maison Premiere, one of the world’s finest cocktail bars. Reportedly, Manson doesn’t even drink the stuff anymore, but fortunately, you can.

It seem a little, ahem, problematic to justify a handsome white guy starting a tequila company. But, because he’s George Clooney, seeing him smiling while surrounded by happy jimadors on Casamigos’ splash page somehow doesn’t feel too cringey. To be sure, Clooney, his quasi-celeb partner Rande Gerber (Cindy Crawford’s husband), and guy-you’ve-never-heard-of Michael Meldman sold their company last year for a cool billion bucks, but they’re still the face of the brand. While their Blanco and Reposado are perfectly fine, the Añejo is terrific—creamy, chocolatey, with just a hint of smoke.

Aviation Gin has been around since 2006, distilled by the highly respected House Spirits Distillery in Portland, Oregon. Earlier this year, actor hunk Ryan Reynolds purchased a significant chunk of the brand, after having only tried it—and loving it—a few months prior. Suddenly he’s become the face of the gin, if not a face who clearly understands the inherent absurdity of marriages between celebrity and booze. Even from the get-go he noted, tongue-in-cheek, “My responsibilities here at the company are vast. I’ll spend my days being photographed intermittently clinching my jaw muscles while pointing at things and nodding,” while eventually reassuring us that more competent people are actually in charge. (Oddly, legendary QB Joe Montana has long been a quiet partner as well.)

This Texas country legend with, um, interesting fans, surely irked those yahoos by investing in this small Mexican brand, which has well-regarded products stretching as high-end as its $300 Origen, a 6-year-old extra añejo offering aged in Napa Cabernet barrels, and redolent of a fine scotch or cognac.

The bourbon world snickered when McConaughey was named Wild Turkey’s “creative director.” What did that even mean? But so far he’s been hardly just a pretty face; earlier this year, the company released its first collaboration product with him. Longbranch takes 8-year-old Wild Turkey and “refines” it with mesquite charcoal from McConaughey’s home state of Texas. To be sure, this is not a particularly complex product, but the flavorful, highly drinkable bourbon is eminently enjoyable, especially if you “let it liquidate just a hair.”

A little secret in American whiskey production today is that it’s virtually impossible to release a bad product so long as you have the contact info for a place called Midwest Grain Products (MGP). Quickly starting a bourbon or rye brand is much easier with some of this massive distillery’s already-aged stock, which is what upstart distilleries like High West and Bulleit did. That’s what Dylan’s team has likewise done, and it’s why their Straight Rye Whiskey is so, uh, competent. They also offer a Tennessee Straight Bourbon and Double Barrel Whiskey that are likewise sourced.

Despite coming in a bottle that resembles some club promoter’s shitty cologne, Drake’s whiskey is pretty damn good. And yes, it’s from MGP, which, while far less known than the other giant distilleries like Jim Beam and Wild Turkey, is making whiskey that can go toe-to-toe with any of them.

One of the great “that guy” character actors working today, Goggins’ LA-based company, of which he is a co-founder, also offers an MGP-sourced American whiskey. His Mulholland Gin might be even more stellar though, as it’s heavy on cucumber notes.

While it’s unclear how someone can be the founder of a company that is already owned by a company (that is owned by one of the biggest spirits conglomerates in the world), that’s the title Timberlake holds for 901. Named after the area code of his hometown Memphis—not exactly a tequila hotbed—the 100 percent agave tequila is a solid option for margaritas and making dated “dick in a box” jokes.

You would expect the world’s most savvy rapper-turned-entrepreneur to be pretty good at selling whatever he puts his name on (let’s forget about Tidal). Owned by Bacardi, this well-priced VSOP cognac is a smooth option for brandy beginners with a taste for ostentatious bottle design.

The rare film auteur who is also a celebrity, the Oscar-winning director first discovered this strange grape distillate while shooting Che in Bolivia. Light and versatile, singani is a fairly unknown category of spirit to most Americans—one reason why it so easily stands out in the crowded celebrity hooch field.

This is the celebrity booze with the best origin story: It was created after DeVito got so drunk with George Clooney he pulled an all-nighter, then went on The View and bashed George W. Bush while Rosie O’Donnell and Joy Behar snickered. If you’ve never tried limoncello before, this is a good introduction to the sugary, highlighter yellow, lemon zest-infused grappa.

You could argue that the Sideshow Bob-coiffed “Red Rocker” created the concept of celebrity spirits when he launched Cabo Wabo tequila in the 1990s. It was a massive hit, and Hagar had $80 million coming his way when he sold to Gruppo Campari in 2007. His second foray into the liquor biz offers a Hawaiian sugar cane rum that is another surprisingly solid effort.

Hagar also partnered with Maroon 5 singer Adam Levine for this tequila-mezcal hybrid, which is the first spirit of its kind, for a very good reason.

Distilled by Heaven Hill, a top bourbon producer, this tribute to the country warbler is rarely seen on shelves these days, but is quite solid for the “value” pricing.

Luda’s youthful ’gnac hasn’t posted anything on social media in a couple of years, though it still seems to be stocked at stores.

Love to sip tequila while thinking about some 70-year-old ZZ Top dude with a cascading ginger beard.

Looking even more like a bottle of cologne than Drake’s whiskey, Becks’ is also worse-tasting. Maybe it is a cologne?

While real whiskey fans loathe “flavored” products, this country music duo’s peach/pecan effort sorta works. A whiskey for drinkers who would rather be, I don’t know, having candy?

Frankel holds the distinction of being anywhere from the second to fourth most successful person to have their current career launched by The Apprentice. But her line of lo-cal bottled cocktails and flavored vodkas is what she’s known for these days—and hey, they’ve made her really fucking rich. These spirits are bland, benign, and totally beloved. Their ubiquity makes you wonder why the Fat Boys didn’t launch a Skinnygirl celebrity competitor.

Question the erstwhile Hootie’s celeb credentials all you want, but he is a longtime whiskey lover, having traditionally done a shot before all his concerts. Hopefully he had something better than this moonshine-like dud.

Nothing says Aussie heavy metal like tequila. Nothing says lame like naming it after the song you must have written in about 5 minutes. You’ve been…

Props to Diddy. It was savvy to get into the “luxury” vodka game back when he did. Especially because, back in 2007, few noticed this snap frost grape-distilled vodka with the circumflex over the “i” was oddly bitter with just a few notes of rubbing alcohol.

There must be some financial advisor in Beverly Hills that insists all his celebrity clients “diversify” their portfolios with a vodka brand. Especially since most are nearly identical liquids gussied up with dumb marketing and pretty bottles. Founded with his former assistant, this Idaho-distilled vodka allows Tatum to booze it up while staying fit. That won’t work as well for you, I’d imagine.

Hey, it’s a celebrity vodka in a skull bottle! That’s filtered through Herkimer diamonds! How silly is that? All in all, for having so many gimmicks, Aykroyd’s stuff is not awful—light on the ethanol, with a pleasant kiss of vanilla sweetness on the finish. Still, you can do better.

Made in New Zealand, and from whey no less, the “o”-lacking, caps-locked VDKA is citrusy, a little spicy, and like battery acid hurtling down your throat.

This celebrity vodka from the actor who takes mob roles and isn’t Bobby De Niro is made from Sicilian wheat and tastes like liquidized rubber.

Birdman famously has a reputation for not paying his artists, which makes you wonder if he still owes money to whoever distilled this watermelon-based nonsense.

Founded by Armando Christian “Pitbull” Perez (betcha didn’t know his real name), this Miami-produced vodka is said to be distilled 17 times, and filtered through a freeze filter, a gravity filter, a coconut filter, and probably a filter made of reflective sunglasses and pencil-thin mustaches as well. None of the 17 distillations or filters eliminated the overtly grainy taste, which borders on a medicinal burning.

When he wasn’t ruining his career by bro’ing it up to Trump’s “grab ’em by” comments, the least powerful member of the Bush family was busy co-founding the world’s most incomprehensible whiskey company. His unaged, crystal clear “whiskeys” come in two flavors: Island Coconut and Bonfire Cinnamon. According to the website, “Beach Whiskey’s mixability lets you reinvent your favorite cocktails and discover new ones without interrupting your daytime chill as it turns into your nighttime thrill.” It actually tastes more like someone squirted Coppertone into a bottle of grain Everclear. Don’t grab this one.