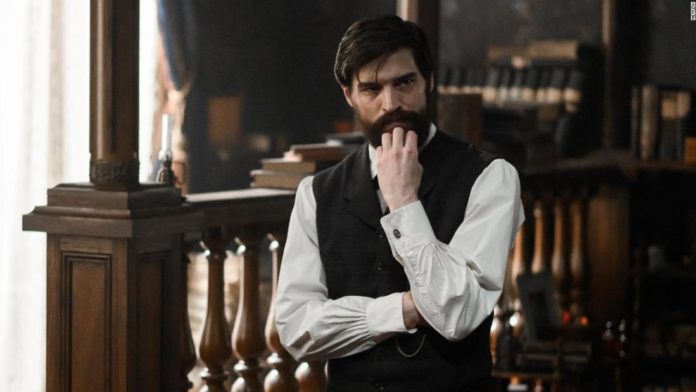 The series features Freud in his younger years teaming up with a police inspector and a medium in 19th-century Vienna to hunt a serial killer.
Freud, the founder of psychoanalysis, is played by Austrian actor Robert Finster. Actress Ella Rumpf and Austrian actor Georg Friedrich also star.
The series director, Marvin Kren. spoke to Variety about filming “Freud” in Prague.
“The show takes place in Vienna, but we shot the whole thing in Prague. The architecture of the cities is similar, but the great thing about Prague, and I am thrilled we shot there, is that unlike Vienna, which has been massively renovated over the years, it still has a historical patina to it,” he told the publication. “Vienna, however, was my main visual influence. I grew up in the city and I’m proud to say it’s one of the most beautiful cities in the world. It has a certain appeal that in daylight the architecture is beautiful, but at night it has a certain feeling of uncanniness. It is sinister and dark, and I am influenced by that.”
On Freud, he says he honored how “he was notoriously controlling with how his own story and biography were presented.”
He added: “We do know that in his private life he was heavily into cocaine and that he was a very ambitious, highly intellectual Jewish doctor who did not come from a wealthy family.”
The series airs on Austrian television, with Netflix airing it in the US.