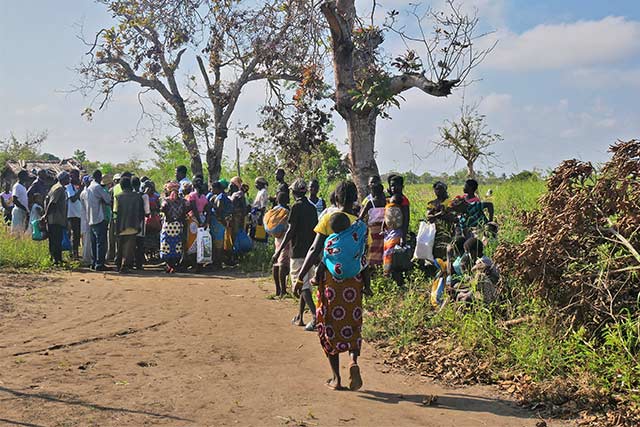 In mid-March Tropical Cyclone Idai made landfall on Mozambique, resulting in heavy rainfall and violent winds, tracking inland from Beira City and continuing through central provinces, threatening lives and livelihoods. While the full extent of the impact is still being assessed, early reports of affected infrastructure and livelihoods include an estimated 3 000 km2 of land submerged, over 58 600 houses damaged and more than 500 000 ha of crops destroyed, which is expected to significantly increase food insecurity given that the flooding has coincided with the main harvest season. As of 12 April, over 600 people had been confirmed dead and 146 000 were displaced.

Mozambique has borne a particularly heavy burden from Cyclone Idai, with approximately 1.85 million people in need of urgent humanitarian assistance in the most affected provinces of Inhambane, Manica, Sofala, Tete and Zambezia. Prior to the disaster, up to 1.78 million people in Mozambique were already severely food insecure (Integrated Food Security Phase Classification Phase 3 and above) – a figure that could now rise as the extent of the damage becomes clearer.

A contribution from Belgium to FAO Mozambique through the Special Fund for Emergency and Rehabilitation (SFERA) is helping farmers in areas left devastated by Cyclone Idai to receive much-needed agricultural inputs and get a head-start on the impending secondary growing season. In Manica and Sofala provinces, an initial 15 000 vulnerable households – around 75 000 people – will receive agricultural kits containing hoes, machetes and early-maturing maize and bean seeds that, once sown, will be ready to harvest after just 90 days. Farmers in these two provinces alone produce approximately 25 percent of national cereal output but saw nearly all of their assets swept away by Idai. Most lost all or large portions of their seed stores as well as the standing crops they had been about to harvest.

Subsistence farming is crucial for Mozambique‘s economy and food security, with over 80 percent of the population depending on agriculture for their livelihoods and some 99 percent of these being small-scale farmers. The contribution of Belgium will therefore support the overall outcome of enhanced food security and nutrition for the affected populations.