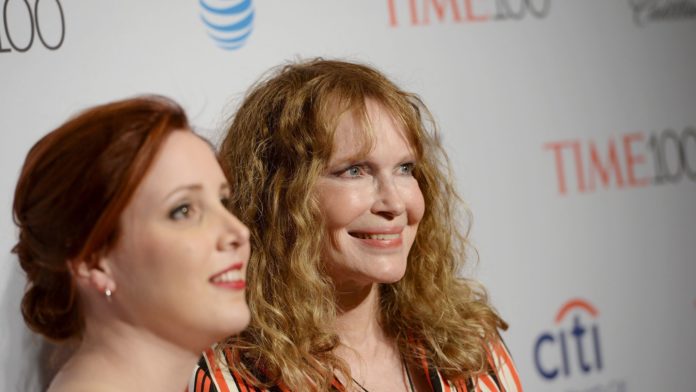 Woody Allen’s autobiography has been released by a new publisher after being dropped by his previous backers over protests by staff.

Apropos Of Nothing came out with little advance notice in the US on Monday, released by Arcade Publishing.

Allen’s son Ronan Farrow, a journalist credited as one of the reporters who triggered Harvey Weinstein‘s downfall, had also criticised the decision by Hachette to work with the filmmaker.

However, the 400-page book quickly found a new home.

“The book is a candid and comprehensive personal account by Woody Allen of his life,” Arcade announced. “Ranging from his childhood in Brooklyn through his acclaimed career in film, theatre, television, print and stand-up comedy, as well as exploring his relationships with family and friends.”

Allen, 84, has always vehemently denied the allegations by his adopted daughter, and was not charged following two separate investigations in the 1990s.

The four-time Oscar winner, best known for films including Annie Hall, Manhattan, Crimes And Misdemeanours and Vicky Cristina Barcelona, has seen the allegations come to the surface once again in the wake of the #MeToo movement.

In November last year, the director settled a multimillion-dollar lawsuit with Amazon after the company abandoned a film deal with him.

No financial details of Allen’s book deal with Arcade, an imprint of Skyhorse Publishing, have been released.

A Skyhorse spokeswoman said no decisions had been made on whether Allen would give any interviews about the book.