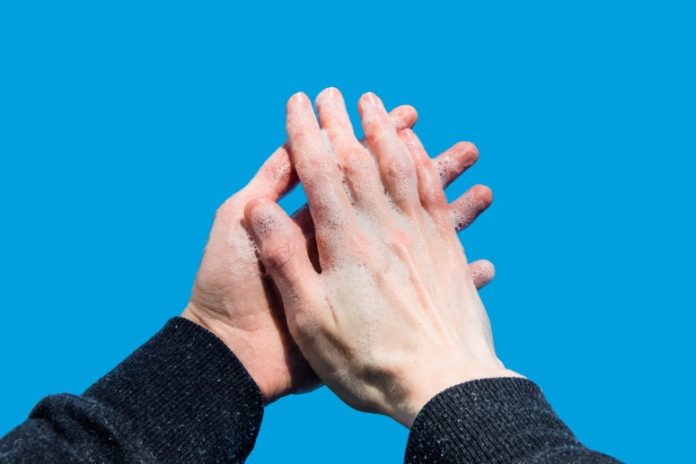 Of the many ways in which the novel coronavirus has changed American life, one of the most peculiar has been the traditional trip to the grocery store. For many families, the weekly or biweekly errand has turned into a nightmarish waiting game, peppered by acute fears of infection. Lines of panicked shoppers, armed with shopping carts, curl around parking lots in Southern California Costcos, Safeways in Metro Washington, DC, and Publix outlets in the Florida panhandle. Inside, some shelves are bare, and some items—toilet paper, hand sanitizer, frozen food—are missing.

The spreading orders for Americans to stay home have jolted a distribution system that normally directs about half of its energy to restaurants, bars, arenas, and schools that are now off limits. Instead, nearly all of the nation’s foodstuffs are now being channeled toward grocery stores, where demand is soaring for shelf-stable foods like pasta, flour, and beans, and household products like toilet paper, sanitizing alcohol, and tissues.

The key players in that supply chain want you to know it is working just fine, despite a few empty shelves. “We’re not going to run out of food,” says Fred Boehler, the president and CEO of Americold Logistics, a large operator of temperature-controlled trucks and warehouses. “I promise, I promise, I promise.” It just might take longer, experts say, for your favorite brand to return to your favorite store.

Indeed, stuff is moving around the country, and fast. FreightWaves, a freight news and analytics company, says total freight volume this month is up 28 percent from February. “This is a record,” says CEO Craig Fuller. “We’ve never seen that level of surge.”

The food supply chain begins with farmers. A shortfall in Chinese supplies, plus a growing sense that the US-China trade war was thawing, and that Chinese might resume purchases of American goods, led US farmers to produce more food in recent months. Stockpiles are high, and US Agriculture Department data analyzed by the Steiner Consulting Group suggests the company is set to produce more beef, pork and chicken this year than in any year since 2000.

The way you’ll eat that food, though, will probably change. Perdue Farms, one of the country’s largest chicken producers, has seen a significant uptick in orders from retail stores like supermarkets as more Americans cook from home and fewer eat out. The company has shifted production to reflect that. It’s preparing fewer large cuts of meat for restaurant chefs to cut and cook themselves and putting more focus on supermarket-ready products and packaging, like smaller cuts of meat and bags of salad ready for lunch. This past weekend, Perdue Farms added Saturday shifts in some locations, and says it has stepped up cleaning protocols in all offices and facilities, including cafeterias and locker rooms.

Toilet paper makers say production is rolling ahead. In a statement, Georgia-Pacific, the maker of Angel Soft and Quilted Northern brands, said its facilities are operating around the clock to keep up with demand. Eventually, though, Americans will buy enough toilet paper, which is when warehouses will become handy. “We’re going to see a glut in certain categories like toilet paper, which are going to be produced but not sold,” says Fuller, of FreightWaves.

There are bottlenecks in the supply chain, as shoppers’ runs on particular items have sent the system into overdrive. Truck drivers have taken to the internet to complain of long lines at distribution centers, where they wait to pick up or drop off loads.

How Does the Coronavirus Spread? (And Other Covid-19 FAQs)

Plus: What it means to “flatten the curve,” and everything else you need to know about the coronavirus.

Lineage Logistics, the country’s largest cold-storage warehouse operator, is hiring 2,000 workers to help deal with the sudden crunch. Brian Beattie, the company’s senior vice president of sales, says his workers are accustomed to sudden shopping blitzes ahead of a hurricane or winter storm. “We’re used to regional, when everyone in a specific area would load their pantry up, but never global like this,” he says. The company is hoping to snap up some food service workers who have been laid off during government-mandated shutdowns.

But supply chains could get seriously disrupted if some of those workers get sick. On Thursday, a worker at two of the Port of Houston’s terminals tested positive for the novel coronavirus, which led to a day-long shutdown. Such hiccups can have serious consequences: The port handles more than half of the containers coming through the Gulf of Mexico.

Supply chain experts see other worker-related issues down the line. As public officials working to balance the economy’s engine with public health concerns weigh who should be exempted from shelter-in-place orders, the makers of consumer products want to make sure their employees are allowed to come to work. Another risk: Last week, the State Department said it would temporarily stop processing visas for seasonal workers, including some farm workers.

In the meantime, those who work on supply chains say there’s little reason to panic buy, though public health experts have asked shoppers to reduce the frequency of their trips. “I think you can chill out a little bit,” says Fuller.

WIRED is providing unlimited free access to stories about the coronavirus pandemic. Sign up for our Coronavirus Update to get the latest in your inbox.

More From WIRED on Covid-19