Home Culture Liam Gallagher demands Oasis reunion to help NHS ‘when all this is... 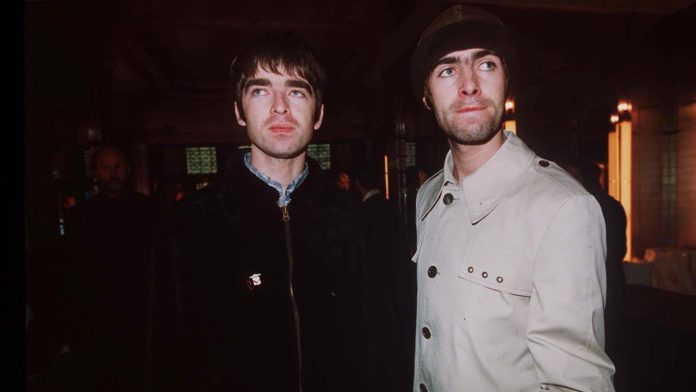 Liam Gallagher has once again called for an Oasis reunion, issuing a “demand” for it to happen to raise money for the NHS once the coronavirus outbreak is over.

The younger Gallagher brother, who has long been calling for the group to reform, has been posting regularly on social media throughout the COVID-19 pandemic, sending messages of support and funny videos to encourage fans to wash their hands.

His latest message on Tuesday brought up the much longed-for Oasis reunion once again.

He said he was “sick of pleading” and added: “I demand an Oasis reunion after this is all over”, saying all proceeds should go to the NHS.

Liam and his brother and former bandmate Noel have been locked in a long-running feud since the group’s acrimonious split in 2009.

While Liam has said many times he would love for the band to reform and his “bags are packed” ready, Noel has always made it clear that a reunion is unlikely.

Both brothers have enjoyed success since the break up of Oasis, with Liam recording two solo albums and Noel performing with his High Flying Birds band.

And any chances of Noel softening on his reunion stance might have been harmed straight away, with Liam following up his reunion NHS tweet with a dig at his brother’s solo work.

“The only way this lockdown can get any worse is if the ice cream vans start booting round the streets blasting Rkid’s new tunes out he he,” he said.

So it’s probably still off the cards, at least for a while.

Liam has become an unlikely motivator throughout the coronavirus outbreak, offering some much-need light relief with videos turning some of Oasis’s biggest hits into public service announcements.

Next up, we’re hoping for his guide to enforcing the two-metre rule, and tips on how to keep yourself entertained during lockdown.