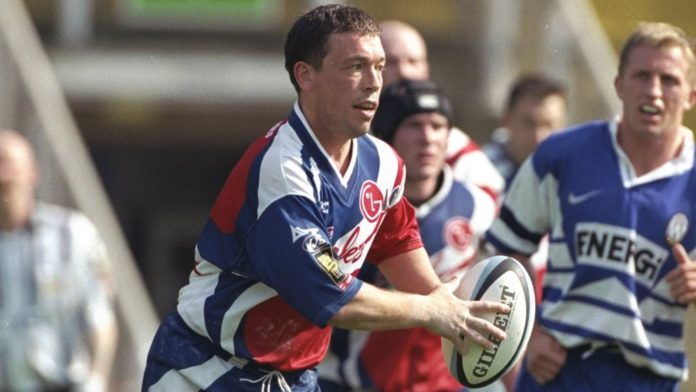 It might be cliché to say it, but if you were to break Mark Aston in half then it would be no surprise to find the words ‘Sheffield Eagles’ running through him like a stick of rock.

Although he grew up in the rugby league heartland of Castleford, it is the sport’s periphery in South Yorkshire which Aston has become associated with – firstly as a player and then in prominent off-the-field roles which he continues to this day.

Given his long association with the club, it is no surprise Aston has been there for some of the biggest moments in Sheffield’s history, including playing a starring role in their 1998 Challenge Cup triumph and overseeing their 1895 Cup victory at Wembley last year as head coach.

But the former half-back was also part of a historic night for both the club and the sport on March 29, 1996 when the Eagles travelled to France to face Paris Saint-Germain in the first-ever Super League fixture, something which remains a treasured memory despite it ending in a 30-24 defeat.

“I was on the bench and I was waiting to get on – and I actually did,” Aston told Sky Sports. “But credit to the French, it was their day.

“They were very good, we were a little bit scratchy, but it was a new experience for us to handle it and we had plenty of youth in there.

“That’s what’s great about sport, you can have good days – which we did at Wembley – and bad days like when we lost the first Super League game, but we’ll still remember them.

When we play the game, we want memories and that’s one we will never forget – we were involved in the first game of the summer era against Paris St Germain, the first French team

“When we play the game, we want memories and that’s one we will never forget – we were involved in the first game of the summer era against Paris Saint-Germain, the first French team.”

Having originally been due to merge with Doncaster to form a South Yorkshire team when the switch to summer and the formation of Super League was first proposed, Sheffield took their place in the new competition after finishing fifth in the final winter season.

Their first taste of the new era came on a balmy spring evening at Stade Charlety in Paris, with the atmosphere heightened by the players emerging to the field through a tunnel of fireworks and being given individual introductions by Sky Sports commentator Mike ‘Stevo’ Stephenson.

A crowd of 17,873 saw Paris emerge triumphant, with former Eagles player Fred Banquet scoring the first try in Super League history, and Aston recalled what an incredible experience the whole trip was for the squad.

“The experience and the place of Paris itself was immense, and all of the families were involved,” Aston said. “What wasn’t pleasing was the result!

“I suppose everybody got what they wanted, for Paris to come here and actually set the ball rolling with a victory in Paris – I think there were something like 18,000 people there. It wasn’t what we wanted, but for the game in general I suppose it was what every neutral was looking for.

“It was a great occasion, and everybody thoroughly enjoyed it. We were disappointed with our performance but being in Paris and being one of the first teams to launch Super League was immense for the Eagles.”

Sadly, it would not last for PSG as the team managed just two more wins in the rest of the season and folded at the conclusion of the 1997 season. It was not plain sailing for the Eagles either, who were part of an unpopular merger with Huddersfield Giants following the 1999 campaign.

However, the Sheffield club reformed and earned a place in what was then the Northern Ford Premiership for the 2000 season, with Aston playing a key role in getting them back up and running as a separate entity.

He has remained part of the fabric of the club since and, with a new stadium being built on the site of their former Don Valley Stadium home after some nomadic years, is optimistic the Eagles could one day grace Super League again.

“It’s certainly something which is very close to me,” Aston said. “We’ve had some good times and rocky times, and we’ve had it tough.

“I saw the Don Valley built in ’91 and knocked down in 2013, and now they’re building a new ground there, so I’m sure deja vu is the phrase.

“We’re still going and we need to get the fans, sponsors and everybody involved in the club when we were in Super League because the city is big enough to one day get back there.”

You can watch our broadcast of the first-ever Super League match between Paris Saint-Germain and Sheffield Eagles in full on Sky Sports Arena from 7pm on Sunday, as well as follow it online with our blog.