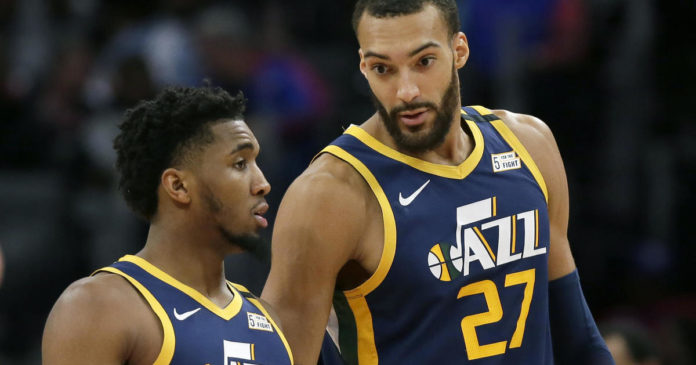 Utah Jazz stars Rudy Gobert and Donovan Mitchell have officially recovered from coronavirus, the team announced Friday. Gobert was the first NBA player to test positive for the virus on March 11, which prompted the NBA to cancel games indefinitely.

The Jazz said in a statement that all its players and staff were cleared by the Utah Department of Health on Friday after finishing isolation and quarantine measures.

“In accordance with CDC and NBA recommendations, all players and staff will continue to practice social distancing while limiting time outside of their homes to essential activities. The Utah Department of Health has determined that all Jazz players and staff, regardless of prior testing status, no longer pose a risk of infection to others,” the statement said.

While in isolation, Mitchell talked about showing no symptoms despite testing positive for the virus. “I have no symptoms which is a unique situation, ” he told “Good Morning America.” “I keep making the joke when people ask me, I would say if you were to tell me I could play, I’m playing in a seven-game series tomorrow, I’d be ready to lace up. I’m really blessed that’s the case.”

Gobert, on the other hand, experienced loss of taste and smell – symptoms that researchers say have been observed in other people who tested positive, including potential “hidden carriers” who don’t have any other signs of illness.

At least 10 NBA players have tested positive for the virus, including Boston Celtics guard Marcus Smart, two unidentified Los Angeles Lakers players and Brooklyn Nets superstar Kevin Durant. “Everyone be careful, take care of yourself and quarantine. We’re going to get through this,” Durant told The Athletic earlier this month.

The Philadelphia 76ers said three members of the organization have also tested positive, while the Denver Nuggets said one staffer has contracted the virus.

As the coronavirus pandemic began to unleash throughout the U.S., NBA teams have faced criticism for having access to tests while a vast majority of Americans could not be tested for COVID-19.