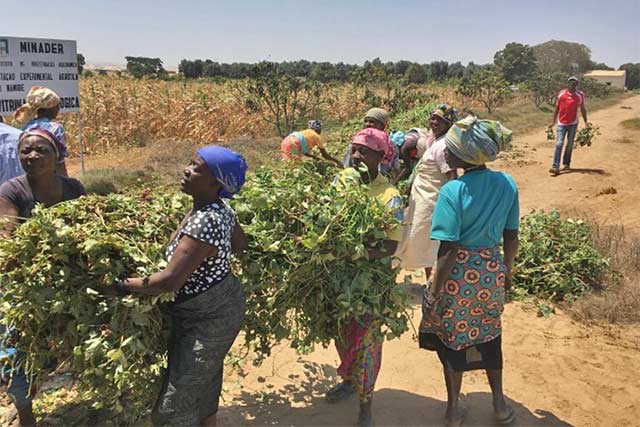 Thanks to the contribution of USD 100 000 from the Government of the Kingdom of Belgium to FAO’s Special Fund for Emergency and Rehabilitation ‒ Agricultural Inputs Response Capacity window, FAO is supporting the livelihood recovery of at least 2 600 refugees that fled from the Democratic Republic of the Congo to northern Angola. The objective is to provide agricultural and livestock assistance to refugees and host communities in the area of Lovua.

The recent outbreak of violence in the Democratic Republic of the Congo’s Kasai region triggered the displacement of some 1.4 million people and over 33 000 refugees have already fled to the Lunda Norte province in Angola. The Government of Angola has kept an open door policy welcoming Congolese nationals fleeing as a result of the conflict. Refugees have reported generalized violence (mass killings, mutilations, burning of properties, destruction of villages, schools and churches, rape of women and girls and human rights abuses), as well as food shortage and the lack of access to basic services and goods.

As it has become clear that refugees will remain in Angola for at least 12-24 months, they have been relocated to a settlement in Lovua, a district in Dundo of 13 033 inhabitants.

Response planning for the refugees has thus been adapted to include livelihoods rehabilitation activities. The Belgium-funded proposed intervention will increase food production for refugees and their families by providing tubers and poultry kits with primary animal health care. This will increase the availability and accessibility of nutritious and protein-rich food in the form of sweet potatoes, cassava, poultry and eggs among beneficiaries and host communities. Activities were selected taking into account refugees’ traditional food, as highlighted by FAO/WFP’s joint Rapid Food Security and Agriculture Assessment held in May 2017.

The intervention will benefit both refugees (more than 2 000 people) and the local population of Lovua (more than 600 people), contributing to greater collaboration between the groups and averting any tensions that arise over competition for resources. By establishing a revolving system for input sharing, the project is expected to double the number of beneficiaries in six months’ time.