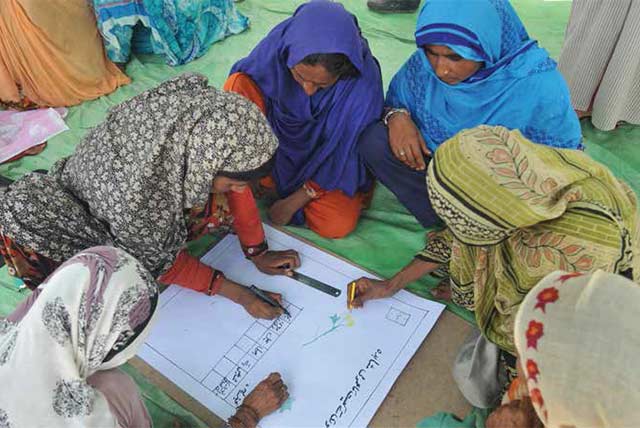 Pakistan is particularly vulnerable to frequent floods and droughts. Agriculture is the sector most affected by these hazards, with poor smallholder farming, pastoral and fishing communities suffering most. Over the last decade, more than 80 percent of the country’s 124 districts were hit by natural disasters, affecting 33 million people. Flooding causes an estimated annual economic impact of between 3 and 4 percent of the federal budget.

FAO, as part of a consortium including United Nations agencies, non-governmental organizations and government departments, worked with disaster-prone communities in southern Punjab and northern Sindh provinces to assess communities’ risks and needs. Crisis-affected populations articulated the support they needed to anticipate, cope with, adapt to and recover from shocks and stresses. As a result, 200 villages developed community-based preparedness and response plans, in line with the Government’s National Disaster Management Plan, for cross-sectoral, multi-hazard resilience strengthening.

Communities established 20 farmer field schools, prioritizing women’s involvement, which aim to improve participants’ skills through hands-on group learning. The farmers developed curricula with academics and the Government, and started observing, analysing and trying out new ideas on their own farms.