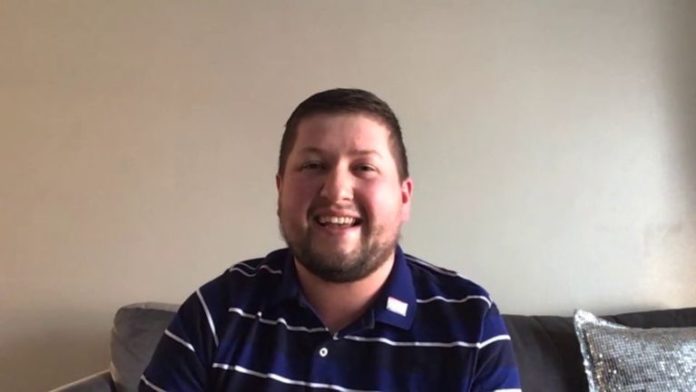 World No 30 darts player Keegan Brown has opened up on the challenges he is facing having swapped the oche for the hospital.

Brown is taking on more shifts working at a blood lab on the Isle of Wight while the darts season is put on hold due to the Coronavirus pandemic.

The 27-year-old told Sky Sports News about the pressures facing his department and NHS staff across the country.

“It is tough, I’m not going to lie,” he explained, “but we are one massive healthcare family and we’re coming together.

“This is every single department within hospitals up and down the country working together to make sure it’s a safe environment for anyone.

“A lot of staff members while working in the laboratory are taking training in different areas so we are getting ready to take over staff members’ jobs to the point that if they self-isolate we’re able back-fill, as such.”

On Thursday, Brown joined millions of people in the UK as they took to the street and opened windows to clap and cheer for NHS staff working through the tough conditions.

“It was weird, I live in Carisbrooke which is a small village just outside Newport on the Isle of Wight, and I thought ‘might as well open the window to see if we could hear any clapping’.

“It was like a celebration on New Year’s Eve. I was really overcome with emotion. All the extra hours that everyone’s putting in up and down the country, it feels like it’s worth it and you’re definitely getting appreciated.”

In the meantime Brown hasn’t closed the door on darts completely, keeping up when he can.

“I’m obviously not practising as much as I would like to, but my set of skills are definitely essential to somewhere else other than the dart board, so they’re not locked away just yet.

“Obviously I’m keeping my arm in still, but they won’t be seeing lots of practice hours.”