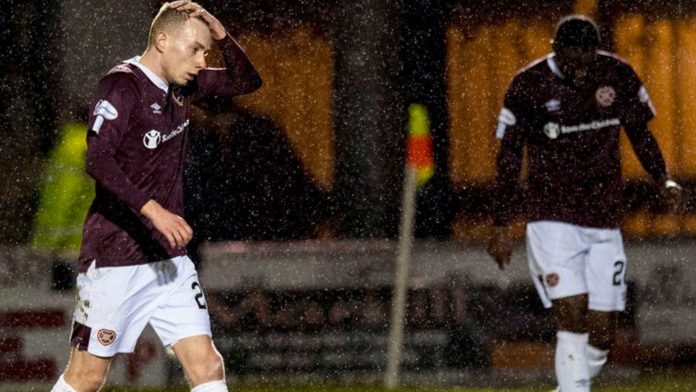 Hearts owner: “The reason we are implementing cost control measures is because we could be facing up to six months of totally abnormal operations.”

Hearts owner Ann Budge has written a letter to the club’s players warning them their wages will be suspended from March 31 if they do not accept a 50 per cent wage cut amid the ongoing coronavirus outbreak.

The Scottish Professional Football League (SPFL) advised clubs on Friday that they have the power to halt contracts through the use of Clause 12, which can be triggered if the Scottish Football Association suspends football.

Hearts are set to miss out on £1m of income next month following the suspension of Scottish football and Budge has warned the club will not survive a six-month shutdown without implementing cuts.

Hearts striker Steven Naismith has accepted the pay decrease, while manager Daniel Stendel agreed to work for free during the period, and Budge says she makes “no apology” for asking staff to take wage cuts.

In a statement on Thursday, she said: “In line with most other Clubs, we aim to hold sufficient cash reserves to cover two to three months of normal trading operations.

“The reason we are implementing cost control measures is because we could be facing up to six months of totally abnormal operations.

“Given that we all know we have to plan for that eventuality, I see absolutely no reason for sitting back and waiting either on a miracle or for the Government to bail out every company in the country… in a timely enough manner.

“Neither of these options is likely to happen and, therefore, I make no apology for putting immediate plans in place to mitigate the problems heading our way.

“Nor do I make any apology for being open and transparent with staff, players and supporters about the potential scale of the issue.

“Faced with this unprecedented set of circumstances, it is incumbent upon all employers to be totally upfront and open with their staff. They, too, have to be able to plan.”

Budge added that “most staff” have agreed to wage cuts, but that “a number of players” are still reviewing their personal situations.

How to add, remove, and customize widgets in iOS 14