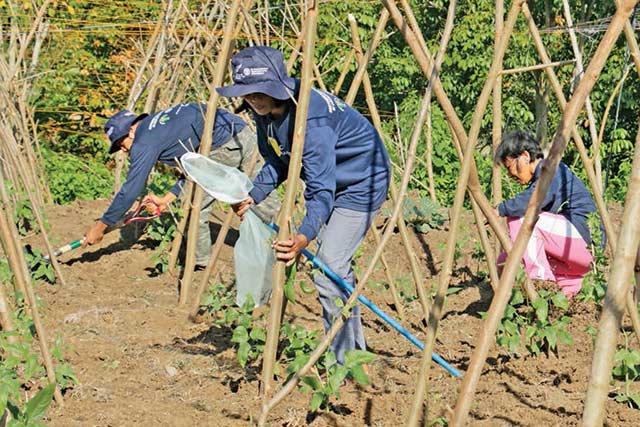 Rt Hon Winston Peters, Deputy Prime Minister of New Zealand and Minister of Foreign Affairs announced that New Zealand has earmarked US$2.5 million to support agricultural development and food security in Mindanao. The New Zealand assistance will fund a project that is expected to reach at least 3 000 farming families in Maguindanao and Cotabato provinces. It will build on the gains of the efforts by New Zealand and the Food and Agriculture Organization of the United Nations (FAO) in collaboration with the Government of the Philippines to restore the agricultural livelihoods of communities affected by armed conflict, drought and flooding in the provinces of Cotabato, Maguindanao and Lanao del Sur from 2015 to 2017.

The project will include the improvement of productivity, food and nutrition security and resilience of smallholders through the provision of farming inputs, agricultural machinery, post-harvest facilities and training, among others. Farmer organizations will also be integrated into the value chain through skills development and market linkages. Another key component of the project is equipping communities with disaster risk reduction and management tools and increasing their knowledge of approaches that consider agro-ecological and socio-political-institutional contexts.

“New Zealand’s contribution to FAO’s work in the country in recent years has resulted in more than 52 000 farming and fishing households receiving the assistance that they needed to rebuild their lives and livelihoods and become more resilient to future threats. The new project will provide vulnerable communities with the means to establish micro and agribusiness enterprises that are able to compete in new and existing markets, and to also become more proactive in dealing with natural and human-induced disasters. With improved yields, increased incomes and resilience, they will have better chances to break the cycle of poverty and food insecurity,” said José Luis Fernández, FAO Representative in the Philippines.

The New Zealand Aid Programme is managed by the Ministry of Foreign Affairs and Trade. MFAT has funded FAO projects globally, supporting economic and human development, improving resilience and responding to disasters, and building safe and secure communities.

In the Philippines, FAO has implemented several New Zealand-funded projects between 2011 and 2017. These include the restoration of agricultural livelihoods in conflict, flooding and drought-affected areas in Mindanao, recovery assistance to the coconut-based farming sector in the Visayas as part of the FAO Typhoon Haiyan Emergency, Recovery and Rehabilitation Programme, and the emergency delivery of seeds and fertilizer in typhoon-hit areas in Central Luzon.

India: Interfaith dialogue on dignified management of the dead during COVID-19

Teaming up to defend against locusts