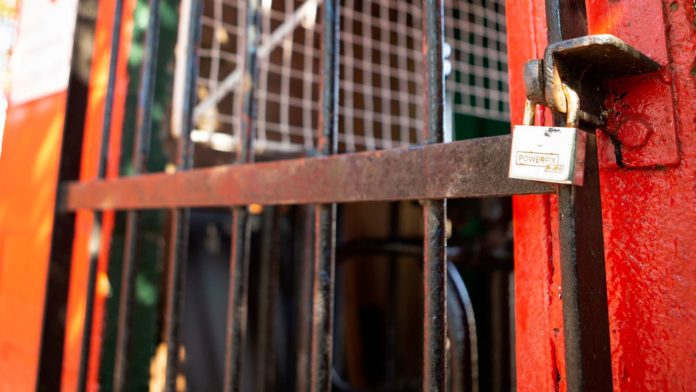 The Football Association’s decision to call non-League divisions in steps 3-7 null and void shows its approach has been “disjointed”, says Dorking chairman and manager Marc White.

The governing body made the announcement on Thursday – despite the continued efforts to fulfil fixtures in the Premier League, EFL and National League amid the coronavirus pandemic.

It has led to South Shields FC, who commanded a 12-point gap at the top of the Northern Premier League, one division below the National League North, threatening legal action.

“I think it’s important that consideration is given for everybody in the pyramid and no one is treated differently,” White told Sky Sports News.

The decision taken to end the 2019/20 season across Steps 3-7 of the National League System, the women’s football pyramid and the wider grassroots game was made by committee representatives for the respective leagues, and was supported by The FA Board and The FA Women’s Board. pic.twitter.com/FI9DfDF3Rw

“If the precedent is set and then the Premier League decide we’re going to do a points-per-game finish or the National League do that, how could it possibly be more disjointed and unfair?

“It could also probably heighten the legal case for the likes of South Shields who have spoken about taking it down that route.

“I’d like to think that the FA can really look at some retrospective common sense and maybe try and align everything together.”

The FA later said in a statement that the decision “was made by committee representatives for the respective leagues”.

Talk of the season in England continuing is “obscene”, says White, who believes only clubs currently occupying automatic promotion places should move up divisions.

If White’s suggestion was applied, clubs in play-off places – like Dorking in the National League South – would have to forgo promotion and stay in their division.

“I just find it incredible that we can still be considering – not just the National League but above – the season continuing at this time,” he added. “From a commercial point of view, contracts expire.

“There is all the science available and all the predictions say we’re in the midst of a national crisis a worldwide crisis that could easily go on all summer.

“There are knock-on effects galore and from our point of view, I think what we really need is certainty at these times.

“I think it would be a much more pragmatic view to think that the next season could start around about August or September time.”

Hits and misses: Man Utd draw will feel like defeat

Euro round-up: Inter up to second in Serie A