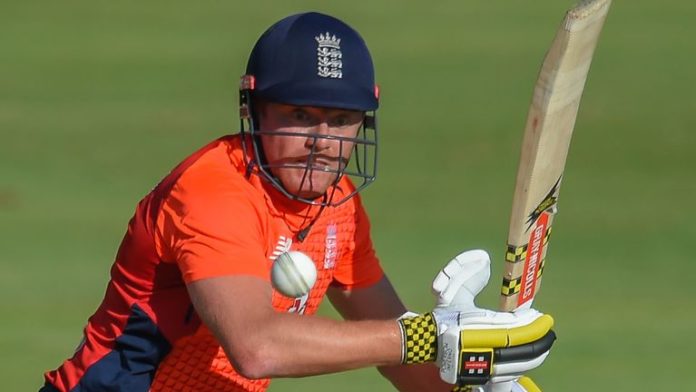 Ben Stokes says England’s Test team already have their eyes set on the Ashes tour of Australia in 2021/22, despite the series still being some 18 months away.

Though all cricket is postponed due to the worldwide coronavirus pandemic, Stokes, appearing on the latest ‘lockdown’ Sky Cricket Podcast with Ian Ward, Rob Key and David Lloyd, said that he believed “the future looks really good” for the England Test team.

Listen in the player below, or by downloading here – you can also listen at this link.

Over the winter, England lost 1-0 to New Zealand in a two-Test series before Christmas, but then beat South Africa 3-1 at the turn of the year under new head coach Chris Silverwood, with a new, emerging crop of youngsters impressing – the likes of Dom Sibley, Zak Crawley, Ollie Pope, Sam Curran and Dom Bess.

Asked if it was too early to be looking ahead to the challenge of regaining the Ashes in 2021/22, Stokes answered emphatically: “Definitely not.

“We built up to the World Cup with a four-year plan, and we’ve been talking about touring Australia already, since Spoons [Silverwood] took the job.

“We have already started planning as to what the best team is going to look like.”

Guess the shirt? ???@benstokes38 shows us some of his favourite memorabilia?

Plenty more from Ben and we hear from @BumbleCricket in our latest Lockdown podcast ? pic.twitter.com/lKnHx2qKiI

While that team might well end up looking different to the one that finished the series in South Africa, Stokes was encouraged by what he saw from the new crop.

“I’ve been very impressed,” said Stokes. “Sibley knows his limitations, but we want him to play his way and bat long – which he has done on quite a few occasions now, like in Cape Town, setting things up for us to win that game.

“He looks like he can be successful and take over from what [Alastair] Cooky used to do for England, which is be boring and just bat people into the ground.

“With Crawley, you watch him bat, and you just think this kid has got so much talent. He has everything and he doesn’t seem to be fazed by much. He’s 21 years old and had Kagiso Rabada running in at him, bowling 90mph and he just stared him down.

“The future looks really good with our Test team. The great thing is, all the new people are pretty young.”

Another of England’s emerging stars is 24-year-old fast bowler Jofra Archer but, having burst onto the scene with his stirring World Cup and Ashes displays last summer, Archer came in for some criticism during a difficult winter which ended with injury after playing the first Test in South Africa.

Stokes said it’s a lesson Archer and the rest of England’s young group can learn from, recalling his own struggles for form after scoring a maiden Test century in the 2013/14 Ashes in Perth.

“When you play at international level, you put yourself open to criticism,” said Stokes. “I think everyone forgets how young somebody is, or how inexperienced, as soon as they don’t do well.

“Jofra came in on the back of a brilliant World Cup, came into the Ashes – lit it on fire – and then as soon as it didn’t quite go as well for him, people started jumping on his back.

“Regardless of how he started, throughout somebody’s career, there are always going to be highs and lows. People need to remember that.

“It’s the same with the other new guys coming into the team; Crawley, Pope, Curran. They will go through that stage.

“It’s not always going to be about those guys going out scoring hundreds, bowling 90mph, taking five-fors. To become a better player, you’ve got to go through failure and understand how to deal with that.

“Having a bit of success early on in your career at the highest level helps. Because you can always look back and see that you did something that means you trust yourself to perform at that level.

“The 2013/14 Ashes went alright for me, but I then went through a really bad patch for about a year and a half. I could always look back to that tour and see that I could do it.

“It’s all about getting that confidence back. It just takes that one performance to settle you down.”

Stokes runs us through his cricketing memorabilia and what’s most special to him, as well as talking us through his daily fitness regime while in self-isolation at home.

Plus, Bumble discusses where he thinks Stokes ranks among the great all-round cricketers of the past, like Sir Garfield Sobers and Jacques Kallis.