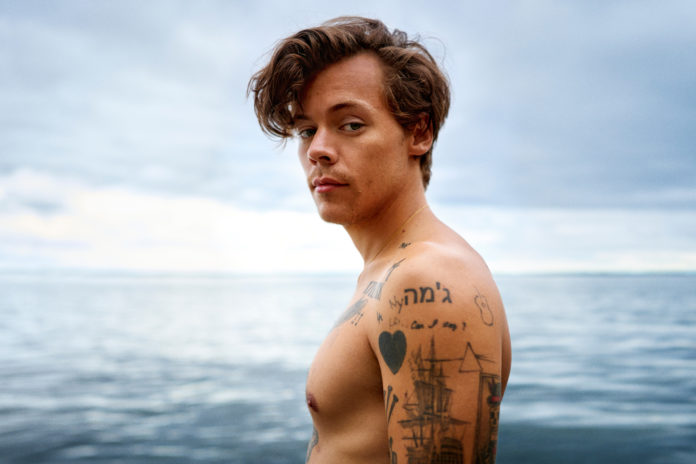 The fitting climax of Harry Styles’ album-launch bash on Friday night: the moment Stevie Nicks came out to join him for a surprise duet on “Landslide.” “It wouldn’t be an album release for me without this young lady,” he told a rapt L.A. Forum crowd who’d already heard him debut the fantastic new Fine Line in its entirety. “I have a feeling that you’re going to enjoy this as much as me. She has been a light for me, and I’m sure she’s been a light for every single one of you. Please welcome to the stage, Miss Stevie Nicks.” Never one to make a shy entrance, the Gold Dust Woman sashayed regally to the microphone on bootheels half Harry’s height, while he raved, “I know—cool, isn’t it?” Their duet was enough to bring down anybody’s mountains, as they held hands and slow-danced. He gazed deep into her eyes to sing the key line, “Can the child in my heart rise above?” The sold-out arena crowd of 18,000 swooned as these two hit their hair-raising harmonies on the final “snoooooow covered hills.”

Harry and Stevie have a long, touching history as everybody’s favorite rock-star friendship. One of the key moments that anointed him as a solo star after the end of One Direction was his 2017 show at Stevie’s old stomping grounds, L.A.’s famous Troubadour, where she joined him to sing “Landslide,’ “The Chain” and “Leather and Lace.” They did “Stop Draggin’ My Heart Around” last spring when he inducted her into the Rock & Roll Hall of Fame, with the iconic image of Harry dropping to his knees onstage to hand her the trophy. She called him her “love child” in Rolling Stone. (Mick Fleetwood was in the house tonight, so it was a family affair.) She dedicated “Landslide” to him at London’s Wembley Stadium with Fleetwood Mac in June, fondly calling him “my little muse.” But this duet felt special, celebrating their mutual admiration as well as his new Fine Line: the queen welcoming this prince into the pantheon. 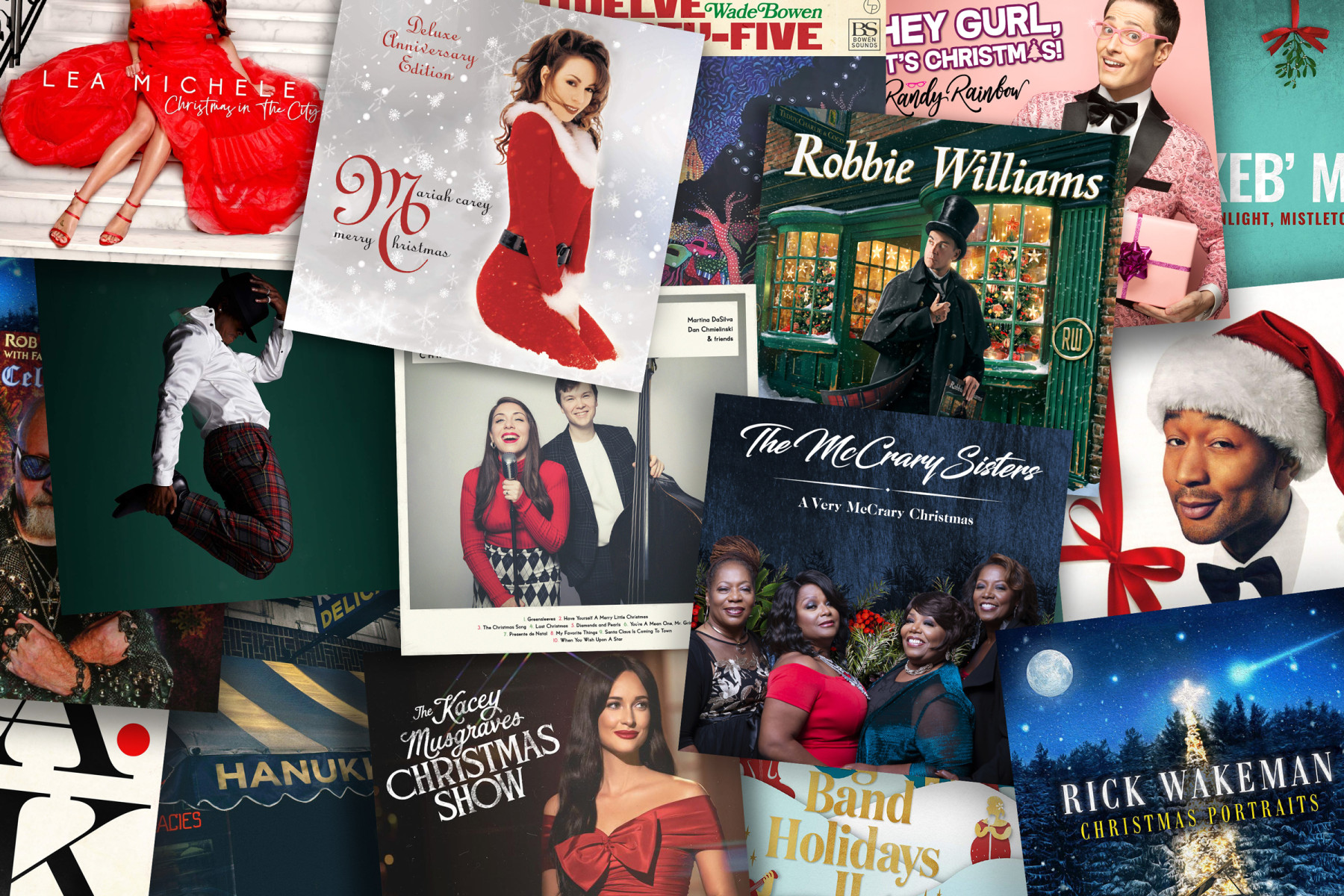 Phil Anselmo Remembers Dimebag Darrell: ‘I Think of Him Every Day’

Harry’s show was a triumph all the way through, as he leveled a rapturously screamadelic crowd in arena-slaying glam-rock monster mode. Honestly, Having Sex wiped the floor with Feeling Sad, and it wasn’t even close. “Fine Line Live: One Night Only” was a stand-alone gig, four months before he begins his 2020 world tour. He made the night more than a showcase for the new songs; he made it a celebration of this communal pop tribe he has somehow gathered over the years, reveling in his role as a madman master of benevolent mischief. He peacocked in his finery from the album cover, in a salmon-pink shirt, a pearl necklace and high-waisted white sailor pants. Fans had been camping out all week in the Forum’s parking lot, and nobody showed up in a mood to get mellow. To the surprise of absolutely not one single person, the entire audience sang virtually every line of songs that none of them had heard 24 hours earlier. “I’m baaaack,” Harry announced. “I have more than ten songs now.”

He kicked off with “Golden,” playing guitar hero over the surging Seventies-style Malibu harmonies. (His entrance theme was a spoken-word soundbite from the writer Charlies Bukowski: “To do a dangerous thing with style is what I call art.”) For the first hour, he did all the new tunes, without a dud in the bunch: “Sunflower, Vol. 6,” which seemed like the closest thing to a weak link, turns out to be a gas live. In typical hyperactive starman mode, he twirled, waved, blew kisses, soared in the impossible vocal acrobatics of “Falling.” He seemed amused to note which moments got the biggest responses, especially after “To Be So Lonely,” with its hook, “I’m just an arrogant son of a bitch who can’t admit when he’s sorry.” “I have one question,” he said. “For what reason when I call myself an ‘arrogant son of a bitch,’ is that when you sing the loudest? Did you just decide to sing that one line with your whole chest?”

A surprise highlight came when he did the theatrical Pippin-smitten “Treat People With Kindness,” bringing out the pop duo Lucius to sing the chorus. The floor became a dance-off—in one corner, dozens of girls put all their bags and backpacks in one giant pile, so nobody had to worry where their stuff was, and then danced around the pile in a circle that was really moving to behold, an example of how a Harry Styles concert creates crucial moments of utopian unity and shared euphoria. At one point, he told the audience, “There’s nothing that makes me more hopeful than standing in front of you. Thank you for that. You absolutely changed my life.” 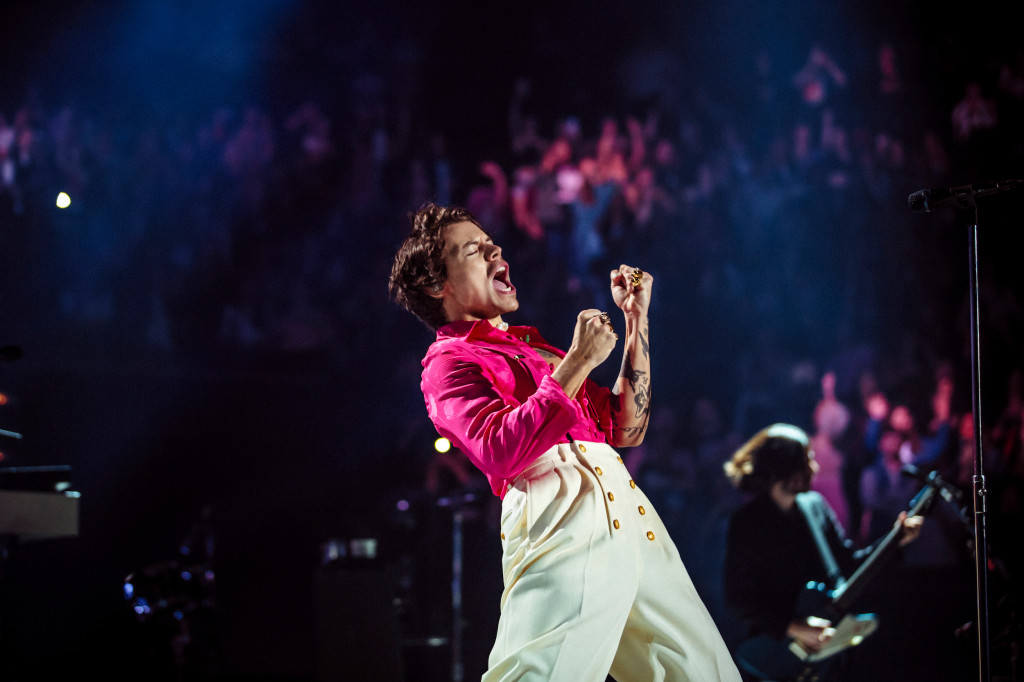 His ace band brought Fine Line’s wide range of emotions to life. “Canyon Moon” accelerated into a buckskin-fringe hippie hoedown that Crosby, Stills and Nash would have shaved their sideburns for. “Cherry” might be the album’s darkest and rawest moment, with its stark confession of jealousy. (“I confess I can tell that you are at your best / I’m selfish so I’m hating it” is really going all the way down.) But it’s also the prettiest, and tonight “Cherry” became a country-rock ballad with Sarah Jones’ drumrolls and plaintive pedal-steel flourishes from guitar wizard Mitch Rowland, who Harry playfully introduced at rehearsals as “Mr. Mysterious!” “Fine Line” ended on a grand note—the six-minute ballad has the introspective vibe of the final scene of Fleabag, as Phoebe Waller-Bridge takes that long slow lonesome walk home.

The night ended with a five-song victory lap, kicking off with “Sign of the Times,” the glam love-and-death piano ballad that began his solo career with a bang, and ending with the cataclysmic rocker “Kiwi,” which got a metallic new Iron Maiden-style intro. He did his slow dance with Stevie Nicks—finally, the rock & roll queen meets a real king who can handle. He busted out another surprise tribute to one of his classic-rock idols: Sir Paul McCartney. For some reason, “Wonderful Christmastime” sounds positively brilliant as a Harry song; a storm of tinsel confetti snow fell on the audience during what felt like several hundred repetitions of that “siiiim-ply haaaaa-ving” chant.

As he declared at the end, “The album is yours. I am yours. I couldn’t ask for a more incredible group of people to play my music for.” (The exit music: Van Morrison’s “Madame George.”) But there was an extra emotional edge to his version of One Direction’s 2011 debut hit, “What Makes You Beautiful,” revamped into a Stones-style rock groove. Harry’s now got more great songs than he can fit into a solo show. He doesn’t need any padding, any songs he doesn’t passionately want to sing. But it means something to him now to revisit “What Makes You Beautiful,” the hit that started him down the ten-year road to the glories of Fine Line.

As he told me this summer, it’s a toast to the shared history between him and his audience. As he told me this summer, “One of my favorite parts of the show always is playing ‘What Makes You Beautiful.’ Always. It’s not like, ‘I’m not playing *those* songs any more, because this is *me* now.’ I’m saying, ‘No, it’s *all* me.’ If there was any song where I should be saying, ‘I don’t know if I can fucking play that one again,’ that would be the one. So it means so much for me to do it and have us all sing it together. It gets more and more meaningful.” Like the rest of the show, this version of “What Makes You Beautiful” was a celebration of the unique bond between this performer and this audience—and a tribute to how far both have evolved over ten weird years.

Encore:
“Sign of the Times”
“Landslide” (with Stevie Nicks)
“What Makes You Beautiful”
“Wonderful Christmastime”
“Kiwi”