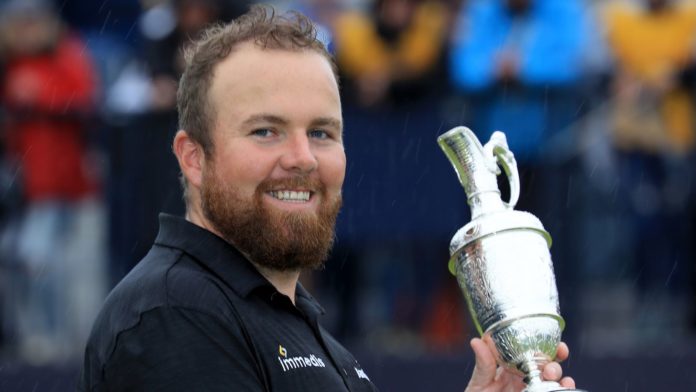 Shane Lowry admitted he had mixed emotions about holding onto the Claret Jug for an extra year after The 149th Open was cancelled for 2020.

Lowry will need to keep golf’s most iconic piece of silverware polished for longer than scheduled, but he can look forward to defending his crown at Royal St George’s in July next year.

The popular Irishman, an impressive six-shot winner of The Open at Royal Portrush last season, reluctantly agreed with the decision of the R&A to cancel this year’s showpiece.

“Obviously I would have liked to have held onto the Claret Jug for another 12 months anyway, but this is disappointing news and I’ve got mixed emotions,” Lowry told Sky Sports News.

“I’d love to be going to Royal St George’s this year to defend, but the R&A have made their decision based on the health and safety of players, spectators and everyone involved that week.

The Open cancelled for 2020

“I think it’s probably the right decision, but who knows where this is all going to end up. We’re all hopeful it’s all going to be finished during the middle of the summer, but we just don’t know.

“The R&A have made their call, and if they can’t guarantee that people aren’t going to be safe at The Open Championship then they’re not going to have it. It’s the right call, but just incredibly disappointing, and we’ll just have to wait until 2021 before we can go to Royal St George’s.

“At least Royal St George’s will still get their chance to host The Open next year. It’s weird to not have an Open during the year, and that’s something I’ve never known. But the Claret Jug is in safe hands for another 12 months!”

Lowry also revealed concerns over possible travel restrictions if, and when, competitive golf is given the all-clear to resume, with the PGA Championship (August), US Open (September) and the Masters (November) having all been rescheduled.

“I was looking forward to a lot of things this year, like going to the Masters this week as the reigning Open champion, and playing the Irish Open in front of my home crowd,” Lowry added.

“None of that seems to be happening now but, as I said last week, golf is secondary when there are so many lives at risk around the world right now. People just need to stay safe and stay healthy and look forward to getting out the far side of all this.

“Obviously different countries are going to have different policies, and it will be interesting to see what happens in terms of if everyone can travel. That’s my main worry for golf. When we do start playing again, is everyone going to be able to get into the countries where the events are happening?

“We’ll just have to wait and see, it’s purely a waiting game and I’m sure the governing bodies have had endless amounts of meetings about all this in recent weeks.”