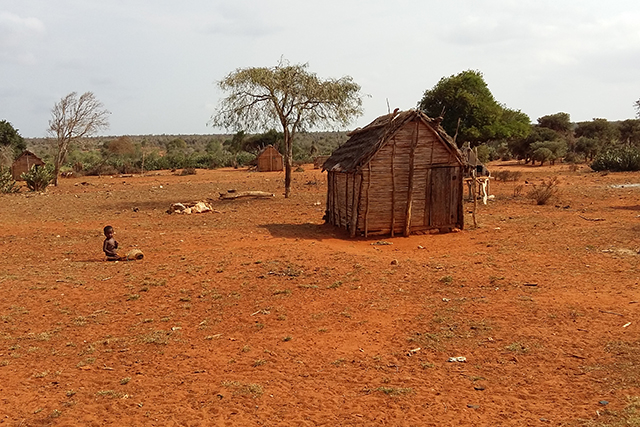 Farmers in southern Madagascar, hit by three years of devastating drought, urgently need more support so they can plant crops in time for the December and January planting seasons, the Food and Agriculture Organization of the United Nations (FAO) and the World Food Programme (WFP) said today.’They stressed that more funding is required to provide this support and help address southern Madagascar’s worsening food insecurity.

FAO will start distributing plant cuttings and seeds next month, targeting some 170,000 farming families in the most food-insecure districts of the south. At the same time, these same families will receive food or cash as part of an ongoing WFP relief programme so they can sustain themselves until the next harvest in March/April. WFP has been distributing food to people in the areas of greatest need since June and cash in places with functioning markets since July.

Some 850,000 people – about half the population of the south – are facing hunger and need urgent humanitarian assistance, according to latest Integrated Food Security Phase Classification (IPC) findings. These indicate that food and nutrition security could deteriorate even further in coming months unless humanitarian action is rapidly scaled up. Overall, some 1.4 million people are estimated to be food insecure in 2016/17 in the three southern regions of the island.

FAO is sourcing sweet potato and cassava cuttings as well as a variety of drought-tolerant seeds for smallholder farmers to plant. Tools will also be distributed and support offered to families with livestock.

“As I saw recently in the south of Madagascar, farmers are in a dire situation,” says WFP Executive Director Ertharin Cousin. “But, through a joint response, our two agencies can begin to turn this situation around, not only by providing immediate relief but by giving communities the means they need to feed themselves.”

While WFP and FAO have secured funds to help launch their joint planting assistance programme, they cannot reach all the drought-hit farming families without more funding. Out of $22 million needed, FAO has only received $4.5 million. WFP’s drought relief operation, which runs till March 2017, is facing a $50 million shortfall out of a total of $82 million required.

The lack of sufficient rains brought about significant declines in the production of maize, cassava and rice production in the south of the island earlier this year. Meanwhile, rising prices continue to reduce people’s purchasing power and erode the food security of the most vulnerable. Many households have adopted survival strategies, eating less often, consuming seeds, and selling animals, agricultural tools and even land.

Farmers will also receive tools to replace those that may have been sold during the current extended hunger season. Support to livestock production will also be provided through supplementary feeding of livestock and animal health-related activities.

WFP is scaling up its ongoing food and cash relief operations to reach nearly 1 million vulnerable people by the end of this month. At the same time, WFP is expanding its nutrition programme to prevent and treat malnutrition among more than 200,000 pregnant women, nursing mothers and children under five, while continuing to assist some 230,000 school children with daily hot meals.