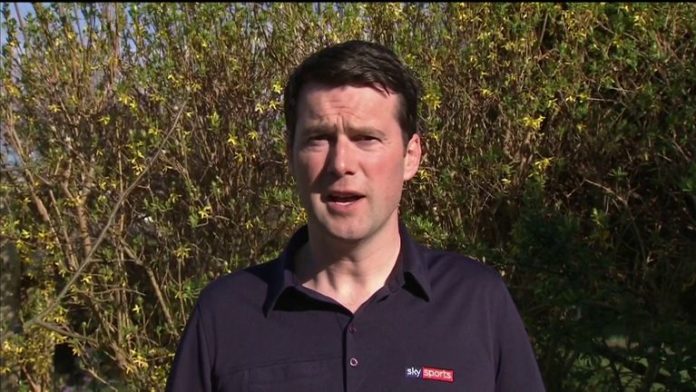 Rangers emphasise their belief Premiership season should be completed on the pitch; propose releasing prize money early to help clubs struggling financially due to coronavirus

Rangers have criticised the Scottish Professional Football League (SPFL)’s plans to end the season early for leagues below the Premiership, saying the fact that clubs could be “unfairly” relegated is “abhorrent”.

The SPFL put forward proposals on Wednesday to immediately terminate the Championship, League One and League Two due to the coronavirus pandemic.

The final standings of those three leagues would be determined on a points-per-game basis.

That would result in Dundee United returning to the Premiership, with Raith Rovers moving into the Championship and Cove Rangers being promoted to League One.

On the flip side, Partick Thistle would be relegated to League One, with Stranraer dropping to League Two. Partick have already released a statement saying they “will simply not accept this proposal as it stands”.

The SPFL also said, if its plans are approved, it would consult with clubs over a possible restructuring of the leagues before the 2020/21 season.

However, Rangers have quickly voiced their opposition to these plans, releasing a statement saying: “It is abhorrent that certain clubs could be unfairly relegated if the current SPFL proposals were implemented.

“We must future proof the Scottish game. Any restructure of the SPFL or other solutions to the current impasse must be afforded time to scrutinise in detail and consider all options.

“The consequences of forcing through change without due care and attention will have severe consequences for the Scottish game. Scottish football must work together for the common good of every club, their staff and supporters.

“Any attempts to railroad changes to existing rules or run roughshod over corporate governance will be opposed in the strongest possible terms. We must allow decisions to be made in a rational, fair and balanced manner.”

While the SPFL has proposed ending the seasons below the Premiership early, it says top-flight matches should remain on hold in the hope of completing the campaign on the pitch.

This was met positively by Rangers – who are 13 points behind leaders Celtic – who said: “For the avoidance of doubt, Rangers firmly believe that the 2019/20 season is only complete when all 38 games have been played to a finish.”

Rangers – whose players and senior staff have already agreed to voluntary pay cuts – have also put forward a motion to the SPFL to allow prize money to be released early to help clubs that are struggling financially.

They said: “As a club, Rangers will immediately propose a member’s resolution which would release prize money to be distributed to all clubs throughout Scotland urgently. We believe that this is the priority in the present circumstances.

“It is vital to show respect for all clubs across the Scottish game, regardless of league position or financial standing. We must work together with a unity of purpose for the betterment of the Scottish game.

“We expect clubs to support our member’s resolution which will provide financial support to those who need it most.”

Hearts have already said they will support the member’s resolution put forward by Rangers.

It is understood the vote to end the season early would need to receive support from 75 per cent of the clubs in each league if it is to pass.