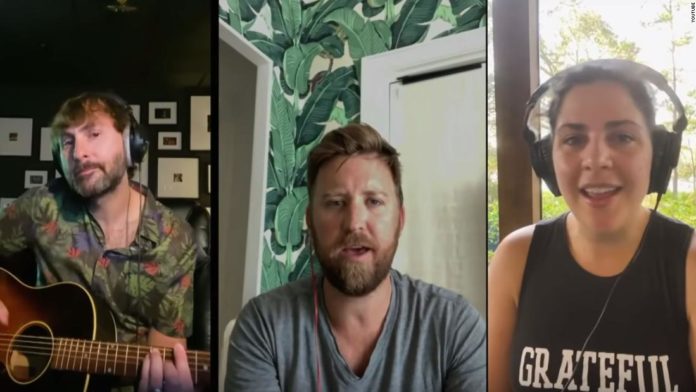 The country music group joined together Wednesday evening and performed a cover of the late Kenny Rogers hit duet with Dolly Parton, “Islands in the Stream.”
It was part of CMT’s “GIANTS Kenny Rogers: A Benefit for MusiCares,” which raised money for Covid-19 relief.
Despite not all being able to be in one place, they sounded great.
“When I think of Kenny Rogers, what songs comes to mind? ‘Islands In The Stream,’ that one is a special one,” co-lead singer Hillary Scott said. “That was one of the first songs that we sang together and then we ended up doing it live, gosh probably a hundred times at this point. So ‘Islands In The Stream’ for sure is one of the first songs that I think of, and then if there was another one it would have to be ‘The Greatest,’ that might be my favorite Kenny Rogers song.”
Rogers, whose legendary music career spanned six decades, died March 20 at the age of 81 of natural causes, according to his family.