Home Sport Bucs’ David: What I have told Tom Brady 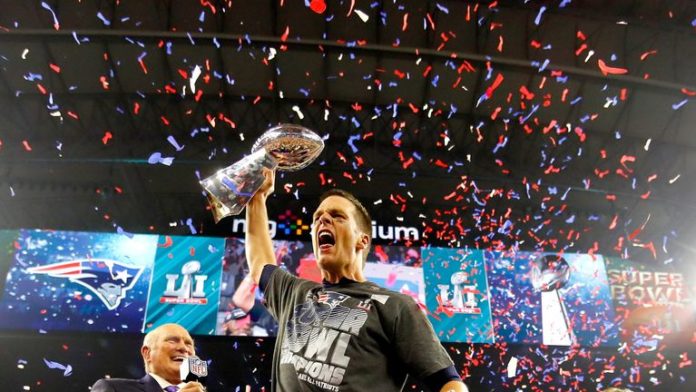 “It’s going to hit, reality is going to set in that we’ve got one of the greatest quarterbacks of all time”

Tampa Bay Buccaneers linebacker Lavonte David has welcomed Tom Brady into a locker room he assures will have the six-time Super Bowl champion’s back.

Brady became a free agent for the first time in his career this offseason before signing with the Bucs on a two-year deal, confirming the end to 20 years with the New England Patriots.

The 199th overall pick at the 2000 NFL Draft takes over from Jameis Winston under center as Tampa look to reach the playoffs for the first time since 2007.

“I got an opportunity to talk to him, he reached out to me and we had a good conversation,” said David.

“He reached out to me, speaking on the fact that I was a leader on defense and him coming in asking me what to expect. [It was about] him just coming in and falling in line with everybody else.

“I just told him, ‘Just be you. This is going to be a locker room that you love. There’s a lot of young guys who are hungry and a lot of guys who are going to have your back no matter what.'”

The Bucs flirted with an unlikely wild card spot in 2019 as they won five of their final eight games, finishing with a 7-9 record and third in the NFC South.

Brady himself is evidently targeting another Super Bowl charge with the kind of offensive arsenal he was missing in New England last season.

The MVP without a team – where could Cam land?

As the Carolina Panthers embrace a new era under Matt Rhule, we look at Cam Newton’s potential landing spots.

“That’s the main goal that we want. We talked about that as well. He’s a guy who’s been there plenty of times and has won six of them.

With six Super Bowl rings, 13 AFC East division crowns and 17 playoff appearances across two decades to his name, Brady has proven a source of excitement among his new team-mates, not to mention a number of free agents who reportedly pitched themselves to the Bucs after his arrival.

“Going out there and putting in the work to get us to that level.”