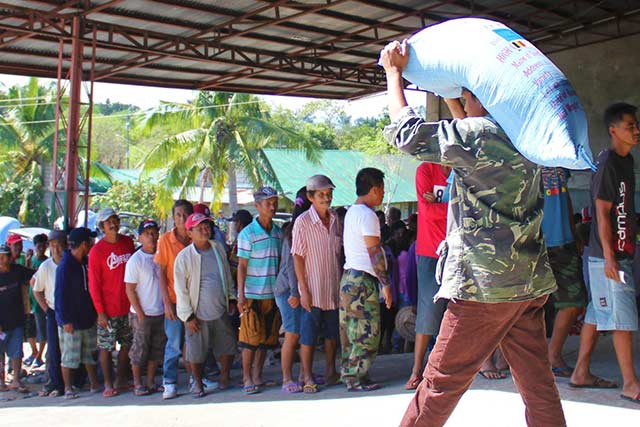 Farming households that were affected by Typhoon Koppu are receiving livelihood recovery assistance through Belgium’s USD 440 000 contribution to the Special Fund for Emergency and Rehabilitation Activities of the Food and Agriculture Organization of the United Nations (FAO).

Typhoon Koppu (local name Lando) made landfall in the Central Luzon Region of the Philippines on 18 October 2015, affecting 26 provinces and leaving USD 205.9 million worth of damage to the agriculture sector. Rice, the hardest-hit principal crop, accounts for at least 86 percent of total crop loss. The typhoon struck during harvest period, destroying ready-to-harvest and harvested paddy rice, further affecting farmers who have been reeling from the impacts of El Niño since early 2015.

In response to an official request for support from the Department of Agriculture, FAO is augmenting the farm inputs that the Government of the Philippines is providing in affected areas in Central Luzon to  ensure that all if not most of the affected farmers receive time-critical support.

Without emergency agricultural assistance, many small farmers ˗ who had already lost money they had loaned at exorbitant interest rates to fund their previous cropping cycle ˗ would have been forced to either borrow again to purchase inputs or risk going six more months without adequate income. This also poses further implications on food security and nutrition, both at household and community levels.

Belgium’s contribution enabled FAO to deliver certified rice seeds and fertilizer to 4 500 rice farming households (22 500 people) within the current cropping season. This is expected to facilitate the production of 23 625  tonnes of paddy rice, which is equivalent to 14 175  tonnes of milled rice that can feed more than 124 000 people for one year.