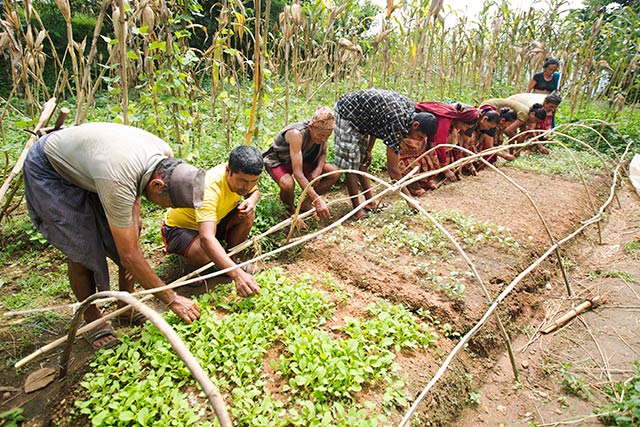 Food and Agriculture Organization of the United Nations (FAO) continues to support the government-led efforts to address food security and livelihood needs in the six districts most affected by the earthquakes: Sindhupalchowk, Nuwakot, Dhading, Gorkha, Rasuwa, Dolakha. Six months after the earthquakes, vulnerable farmers in the worst-affected districts still need agricultural inputs to continue the rehabilitation and reconstruction process and revive the agricultural sector.

“Since the vast majority of rural families are dependent on agriculture for livelihoods, it is FAO’s priority to provide the farmers with the necessary support to revive their crop and livestock production,” said Dr Somsak Pipoppinyo, FAO Representative in Nepal. Dr Somsak extended gratitude to the donors, the government and non-governmental agencies and the civil society for their generous support to the affected farmers.

In the next few months, FAO will continue distributing farming inputs, grain and seed storage bags and mineral blocks for surviving livestock. Through 240 women’s group, FAO will also distribute plastic sheets for the construction of tunnels to support winter vegetable production to 6 000 households. Twelve community-managed irrigation schemes have been identified and assessed for the provision of support to repair damaged reservoirs and channels.

Food production is still under significant pressure due to the on-going border blockade in the southern part of the country that hinders the import of seeds, fertilizers and other agricultural inputs. FAO is working with government partners to resolve these issues by identifying alternative assistance to support vulnerable populations.