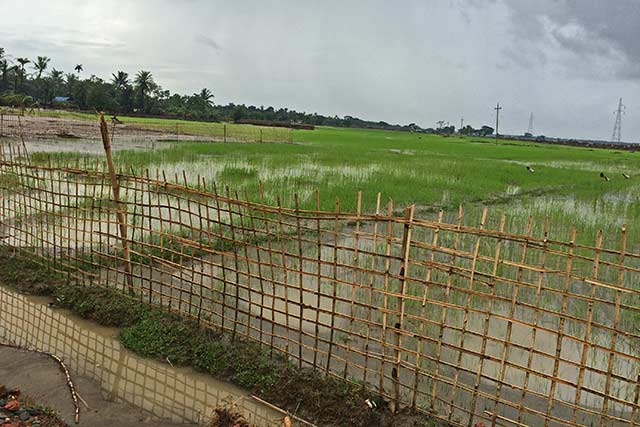 Recent flooding in Myanmar had a devastating impact on agricultural livelihoods and food security, according to a joint Government-United Nations report released today. Nearly 470 000 hectares of rice paddy were affected and almost a quarter of a million livestock were killed, including poultry, cattle, pigs and goats, when Cyclone Komen struck Myanmar in late July and early August this year.

Rice was the most affected crop, with some parts of the country losing entire paddy plantations. The loss of poultry will have a particular impact on women, who often rely on small animals to support their families. Flooding was also devastating for the aquaculture and fishing industries in Myanmar, with almost 30,000 hectares of fish and shrimp ponds gone, as well as fishing equipment such as nets, traps, boats and engines.

The figures are from an assessment report released today by the UN World Food Programme (WFP), the Food and Agriculture Organization of the UN (FAO) and the Myanmar Government. The assessment looked at the states and regions of Ayeyarwady, Bago, Chin, Magway, Rakhine and Sagaing. These areas were among the worst-affected by the floods and are where families are heavily dependent on agriculture for their livelihoods.

FAO and WFP have asked for more international support to replace livestock, seeds, fertilizer, tools and equipment for affected farmers, especially those most vulnerable to poverty, such as people living in female-headed households. In addition, affected communities need assistance to rehabilitate land, irrigation systems and access roads.

“Half of all losses were in agriculture, in regions where people rely on crop production and livestock to feed their families,” said Bui Thi Lan, FAO Representative in Myanmar. “We must urgently meet the immediate needs of these families, support agricultural recovery and help them rebuild resilient livelihoods to cope better with future crises.”

WFP Resident Representative and Country Director Dom Scalpelli highlighted the need for urgent asset creation programmes to benefit the most vulnerable and food-insecure communities. “These activities will provide the necessary cash to cope with the immediate emergency needs as well as help rehabilitate productive assets for early recovery after the shock,” he said.

WFP and FAO also warned that the flooding could have other consequences for poverty and economic development. In the short term, this could include a further surge in rural unemployment because of the loss of seasonal work, more food price hikes due to increased transport costs, and a further increase in the number of people forced to borrow money or sell assets to survive.

If affected farmers are not supported in time to rebuild their livelihoods and resume food production, families could become more dependent on aid; food availability could decrease, leading to food insecurity and malnutrition, and farmers could be forced to deplete more household assets and sink into further levels of debt.