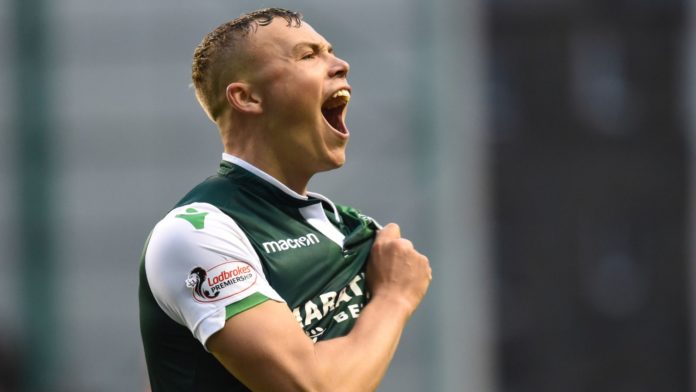 “He [Murray] touches base with me quite a lot… you’ve got to take inspiration from him,” says Ryan Porteous

Hibernian defender Ryan Porteous says Andy Murray has been offering him support as he continues to recover from a serious knee injury.

The 21-year-old suffered the injury in a Scottish Cup clash with Dundee United in January and was forced to undergo surgery.

Three-time tennis Grand Slam winner Murray has a mentorship role at Hibs, and Porteous says that he has been a great help during his recovery.

Porteous said: “He touches base with me quite a lot. He’s the kind of person you look to when you’re recovering from these kind of injuries because he’s been through it all.

“You’ve got to take inspiration from him and his recovery process, and try to implement that into everything I do in my rehabilitation.”

It was expected that Porteous would miss the remainder of the season – before football was suspended due to the coronavirus pandemic – but with it being uncertain when the season may resume, Porteous is focusing on his recovery at home.

He said: “It’s been tough because last year I was out with the same injury, so it was more frustrating this time. But we’ve got a great medical team at the club and I’ve got really good team-mates who have helped me through a lot.”

Porteous received his first international call up in November for Scotland’s European Qualifiers against Cyprus and Kazakhstan, and he says to make his first appearance for his country “would mean the world”.

Porteous said: “When I got called up, I was buzzing. Playing alongside the likes of John McGinn – players who have played at the highest level in England – you’ve got to learn a lot from these people.

“That’s definitely one of my long-term goals, to be a Scotland international and hopefully that can come soon.”