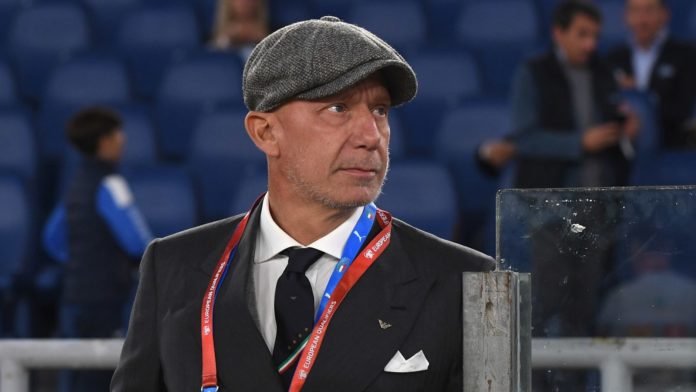 55-year-old, who enjoyed success at Stamford Bridge as both player and manager, showing no signs of illness after chemotherapy

Former Chelsea player-manager and Italy international Gianluca Vialli has been given the all-clear following a 17-month battle with pancreatic cancer.

Vialli, who is currently working with the Italian national team, previously announced in 2018 that he had won a battle with cancer in the preceding year.

The former Chelsea, Juventus and Sampdoria striker then revealed in 2019 that he was once again fighting the disease.

However, the 55-year-old has now received positive news with recent tests showing no sign of the illness following two cycles of chemotherapy treatment.

Vialli won the FA Cup as a player with Chelsea in 1997 and then became the first Italian to manage in the Premier League when he was appointed player-boss at Stamford Bridge after Ruud Gullit was sacked in February 1998.

He went on to secure a League Cup and UEFA Cup Winners’ Cup double that season, and then the UEFA Super Cup too.

Vialli retired from playing in May 1999 and led the Blues to more FA Cup glory in 2000, but was sacked five games into the new season, with Claudio Ranieri his successor. He also managed Watford in the 2001/2 season.