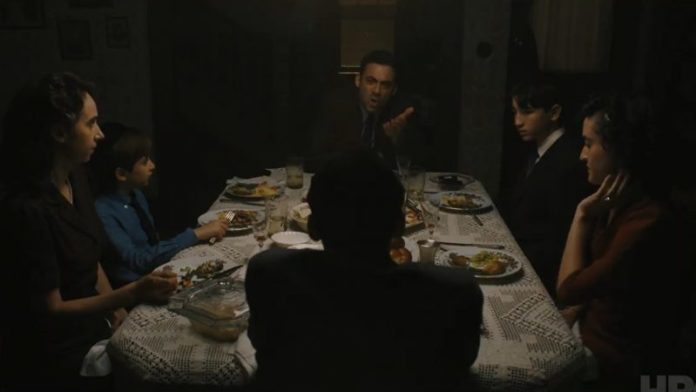 The Plot Against America series finale promo: The Levin family tries to escape

HBO has released the first promo for The Plot Against America’s upcoming sixth and final episode, featuring the Levin family as they try to make their escape out of America as the Jewish-American community’s situation continues to worsen. The final episode is set to premiere on April 20. Check out the video in the player below!

Directed by Thomas Schlamme from a script written by co-creator David Simon, the series finale’s official synopsis reads: “The familial ties in the Levin family reach a breaking point as violence, conspiracies and chaos run rampant in the lead up to Election Day.”

RELATED: Fascism Takes Over the Country in The Plot Against America Trailer

Based on the novel by Philip Roth, The Plot Against America six-part miniseries imagines an alternate American history told through the eyes of a working-class Jewish family in New Jersey as they watch the political rise of Charles Lindbergh, an aviator-hero and xenophobic populist who becomes president and turns the nation toward fascism.

RELATED: Mark Ruffalo Being Considered to Star in HBO’s Parasite