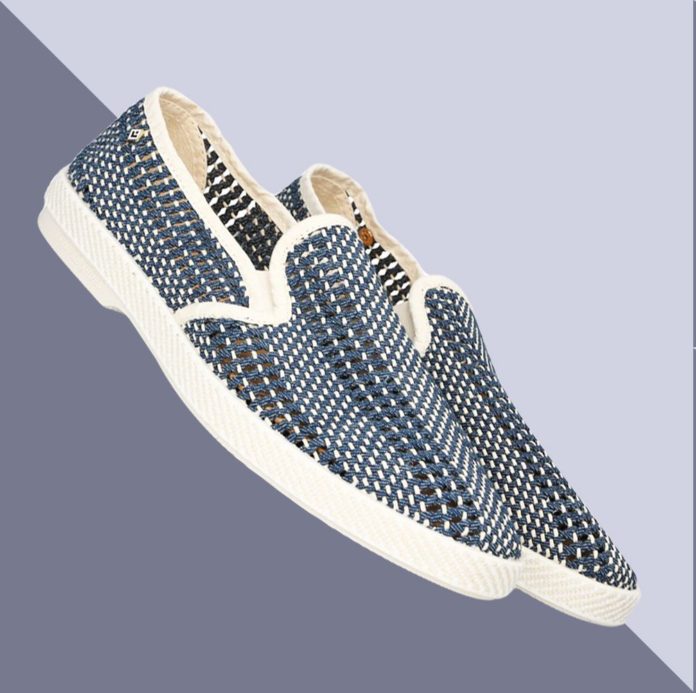 Is there any shoe that encapsulates the “fuck it, we’ll do it live” feeling of summer more than the espadrille? Sure, sandals might be the more conventional choice here, but, let’s be honest: No one’s ever accused the sandal of having, shall we say, a surfeit of sex appeal. The espadrille has been around for a long time, but the style as we know it today likely originated in Spain (though the etymology of the word is French), where espadrilles are still popular. (Apropos of nothing, a New York Times write-up from 2013 describes, somewhat incredulously, a pair of espadrilles for sale on the shoe floor at Bergdorf Goodman that cost close to $500. Simpler times! I’ll see your high-end espadrille and raise you one hyped-up sneaker.)

Espadrilles are also one of the most stylish ways to ease yourself into the idea of (gasp!) wearing a sandal this summer: If strapping on a pair still feels a bit too out there at the moment (I get you), slip into some espadrilles instead. Espadrilles are super lightweight and their casual silhouette makes them an ideal shoe for the (someone stop me, I’m going to do it) beach to the boardwalk and everywhere in between. (Someone should’ve stopped me. You were warned.)

Aaah, espadrilles. The sound of the word itself just feels like summertime. An espadrille sounds like the spicy mixed drink you’d order beachside at a remote resort somewhere so scenic it looks like a screensaver. An espadrille sounds like the latest signature scent you’d see plastered across the pages of a glossy magazine in a campaign fronted by a few carefully misted models (why are they always so wet?!) casually lounging far way from any discernible source of water. An espadrille sounds like the name of the Airbnb host you developed a deeply felt crush on purely from peeping her avatar and her patient responses to your pathetic attempts at conversing using your very limited “proficiency” in ____ (insert literally any foreign language you say you’re proficient in here).

Espadrilles are all that and more. Buy one of the pairs below and start brushing up on your gerunds now because if past experience is any indication you’re going to need a lot longer than this lockdown to become “proficient” in the language you’ve been “learning” for the last five years.

The Brazilian brand might be more famous for its flip-flops, but don’t sleep on its solid selection of espadrilles.

A hybridized shoe silhouette that combines two styles that rarely look this damn clean on their own, let alone together. Sometimes one plus one does equal three.

Leave it to Ralph Lauren to put his signature spin on the style, of a bright red lining that references the brand’s passion for the nautical.

Soludos is one the biggest names in the espadrille game, and this whimsical take on the style is one of their best yet.

Does anything scream summer more than a pair of beach-ready slip-on shoes in equally beach-ready blue-and-white stripes?

The transformative power of suede, part deux. Handmade in Spain for maximum authenticity.

Rivieras makes shoes that are part house-shoe, part not-so-standard espadrille, and all cool.

Trust Tom Ford to come through with the luxest take on the style I’ve seen yet.

Until I spotted these bad boys, that is. Sheesh. Something tells me Tod’s probably knows its way around a well-made slip-on, too.