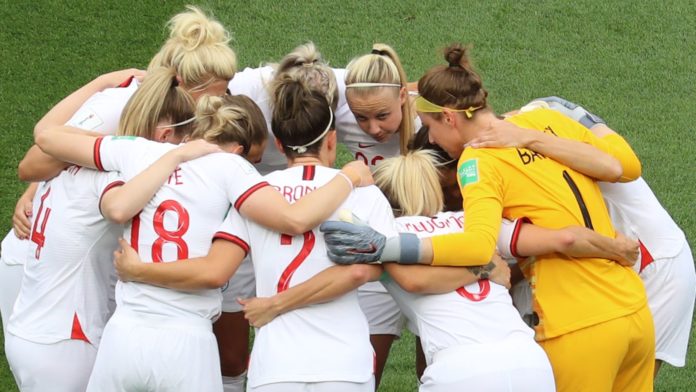 England Women’s football squad have announced a collective donation to the #PlayersTogether fund.

The fund was established after meetings between Premier League players to discuss the best way to support NHS and other frontline staff through the coronavirus crisis.

The Lionesses confirmed the move in a coordinated statement released on the social media accounts of the players at 7pm.

“The squad have recognised the importance of the statement last week from the Premier League players with regards to setting up the #PlayersTogether fund and the potential impact it can make to support and assist over 150 registered NHS charities,” the statement read.

“After discussions with a number of Premier League players, we are delighted to confirm that the whole of the Lionesses squad will make a collective donation to the #PlayersTogether fund.”

The fund was established by Premier League players including Jordan Henderson and Harry Maguire in the wake of widespread criticism of the perceived inaction of top stars.

The Premier League’s initial proposal for a 30 per cent wage cut was dismissed by players, who wished to ensure any contribution would be going directly to NHS and frontline staff.

The fund’s contributions will be managed in conjunction with the umbrella group of NHS charities, NHS Charities Together.

In a statement posted on Twitter, NHS Charities Together praised the Lionesses for their contribution.

Chief executive Ellie Orton wrote: “It’s brilliant to have the Lionesses getting behind the #playerstogether initiative alongside the Premier League players who have already pledged their support.

“Hopefully it will inspire more fans to get behind the appeal and we can raise even more money to support NHS staff, volunteers and patients, and they’ll be thrilled to know the England players are right behind them.”