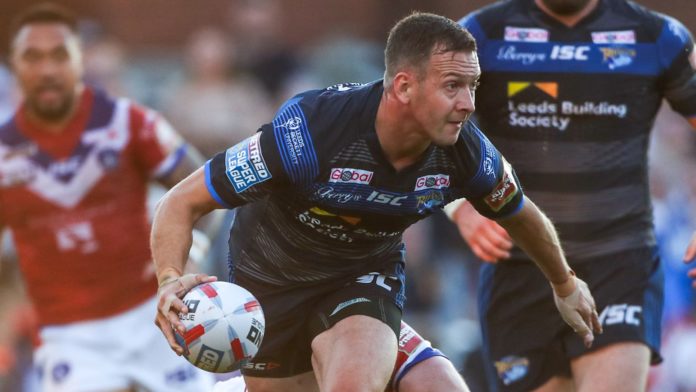 We’ve picked full-backs, wingers and centres – now it’s time for the halves; choose your favourite stand-off from our list of five

With Super League celebrating its 25th season in 2020, Sky Sports is running a public vote to discover the best XIII to have played in the competition since it was launched in 1996.

The summer era of rugby league has seen some greats of the sport emerge and we will be running one poll a week for each position until our team has been filled.

Last week, we asked you to pick the best centres of the Super League era, with Jamie Lyon (43 per cent of the vote) and Keith Senior (30 per cent) earning the two vacant spots in the three-quarters.

Now we move to the halves and first up, we are looking for the best stand-off. As usual, we have narrowed it down to a shortlist of five players for you to choose from.

Make your choice with our vote below, and if you are still unsure about who to pick, then we have brief profiles of all of our nominees too.

The Wales international made his debut for hometown club St Helens as an 18-year-old during the second season of Super League, but it was with rivals Warrington Wolves where he made his name.

Regarded as one of the best players never to be capped by Great Britain, Briers was a mainstay of the Warrington team from 1998 to 2013 and helped them reach the Grand Final twice, only to suffer defeats on both occasions.

He did, however, win the Challenge Cup three times with the Wolves and became a fans’ favourite due to his instinctive, off-the-cuff style of play. Briers was highly regarded for his in-play and goal-kicking as well.

Having spent his final two seasons with Hull Kingston Rovers, last year saw McGuire call time on an 18-year playing career which saw him win almost every honour in the game with Leeds Rhinos.

McGuire was part of eight Grand Final-winning teams, winning the Harry Sunderland Trophy for man of the match in 2015 and 2017, and helped the Rhinos finish top of the Super League table on three occasions.

On a personal level, he was named in the Dream Team in 2004 and 2006, earned Great Britain and England caps, and holds the record for the most tries in Super League history with 247.

Chase might now be remembered for some of the more controversial moments in his career, but when he was at his best as a player, there were few who could match him.

It was during his first spell at Castleford Tigers when the maverick New Zealand-born stand-off really shone, with the high point coming in 2011 when he was named Man of Steel and earned a Dream Team spot.

Major honours eluded Chase, who also had stints in Super League with Salford Red Devils and Widnes Vikings, yet there can be no denying his skill which meant there was plenty of excitement whenever he had the ball in hand.

A player whose career spanned the winter and summer eras, Harris made a big impact during both of his stints in Super League either side of a switch to rugby union.

Making a recording-breaking £350,000 move from Warrington to Leeds in 1997, Harris was made captain of the club in his first full season and was named Man of Steel the following year, along with earning a Dream Team place in 1998 and 1999.

A Wales international in both codes, he joined Bradford Bulls in 2004 after his three-season spell in union and helped them to a Grand Final win over former club and bitter rivals Leeds a year later.

Another player who crossed eras and codes, Paul was one of the stars of Wigan Warriors’ early Super League teams, helping them win the first-ever Grand Final in 1998.

He later moved to Bradford, where he partnered brother Robbie in the halves as the Bulls lifted back-to-back Super League titles in 2000 and 2001.

Paul also won the Harry Sunderland Trophy in 1999 despite the Bulls’ narrow loss to St Helens and was named in the inaugural Dream Team in 1996.