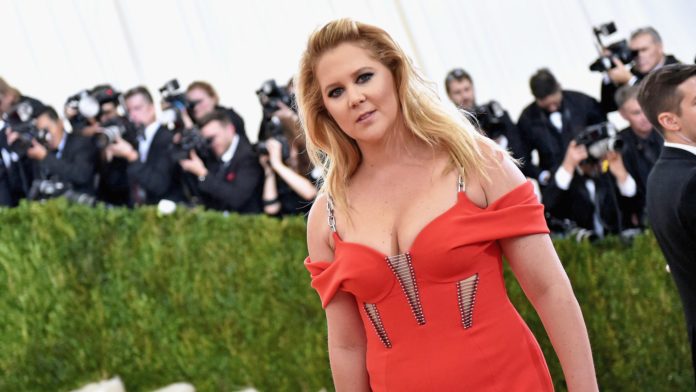 Amy Schumer has re-named her baby son because his original name sounded too rude.

The comedian gave birth to Gene Attell Fischer 11 months ago, with his middle name inspired by her friend, fellow stand-up comic Dave Attell.

However, the combination of Dave’s surname with Gene’s first name and surname – which he takes from his father Chris Fischer – led to an unfortunate comparison.

Fans pointed out her firstborn’s name sounded like “genital fissure,” with many speculating it was a joke.

However, speaking on her podcast 3 Girls 1 Keith, Schumer confirmed that it was not intentional, and she has now changed Gene’s middle name.

The Trainwreck star said: “So do you guys know that Gene, our baby’s name, is officially changed?

“It’s now Gene David Fischer. It was Gene Attell Fischer but we realised that we by accident named our son, ‘genital.'”

Claudia O’Doherty, Schumer’s podcast guest and friend, said: “My mom pointed that out to me actually. My mom was like, ‘Amy’s called her son genital’.

“And I was like, ‘What are you talking about?’ And then, she was right.”

Schumer also posted a stony-faced photo of her alongside her husband on Instagram, writing: “Oh, like you never named your kid Genital fissure!!!!!!!”

Schumer has shared various updates with fans throughout her time in quarantine.

Highlights include doing the laundry, showing baby Gene his first film and waving at her dad through the window during a socially-distanced visit.