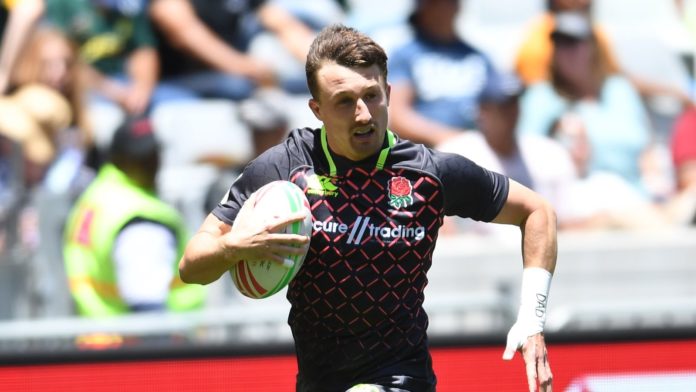 Davis decided to become his own barber and use his social media platform to ‘do something good’ in these uncertain times.

“As lockdown kicked off I realised there’d be no opportunity for people to visit the barbers so it’s either let the hair go wild or just get rid of it all, so that’s exactly what I did,” said the Bath flyer.

“The shaving is the novelty but it’s the donations that really matter, so let’s keep it up.

“The response has been so overwhelming and humbling.

“I never knew where this would go when I started the campaign and I certainly wasn’t expecting to raise such a significant amount of money for the NHS so I want to say thank you to everyone who has got involved, helped share the message and given generously to our fundraiser.”

To prevent himself being a ‘solo baldy’, Alex teamed up with Will Edwards and Ruaridh McConnochie to help encourage people to get shaving and donating.

Arguably the most impressive shave yet was by Bristolian chef Lucy Lourenco who was the first woman to brave the shave after her husband was diagnosed with Covid-19.

Lucy said: “I heard about Alex’s fundraiser via another Instagram page and I had to get involved.

“I am so grateful to the NHS, they looked after my husband so well and really took care of me during such a difficult time.

“After nine days in hospital, and the unbearable wait for good news, I’m pleased to say my husband is on the mend.

“Alex is doing something really positive during such a difficult time. I wanted to support that and help raise as much money as possible.”

Alex added: “We recognise this is a male-dominated campaign as the majority feel more comfortable shaving their heads than women but to have the Girl Power support makes it even more special.

“It was a moment to celebrate.”

The rugby community has characteristically got behind the #ShaveDonateNomiate appeal with over 25 professional rugby players shaving their heads to help raise funds for frontline workers.

After losing his father to Leukaemia in 2015, supporting the NHS is a cause close to Alex’s heart.

“My dad was looked after by the NHS in Bristol for years so we felt the full effect of how tirelessly committed they are to making peoples lives easier. It makes what we’re doing even more poignant.”