Home Sport Who is Championship Manager of the Season? 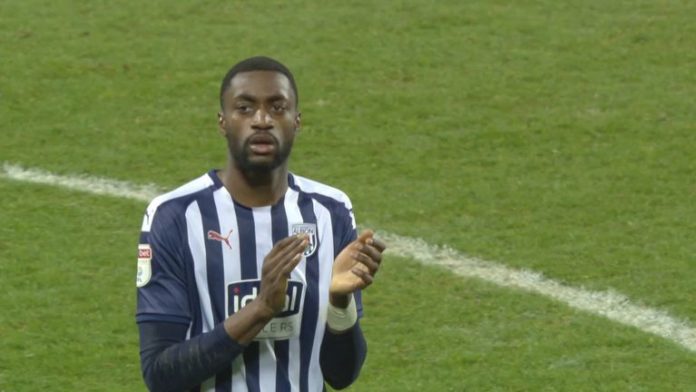 Sky Sports’ Keith Andrews, Don Goodman, Andy Hinchcliffe, Scott Minto, David Prutton and Gary Weaver selected who they think has been the most impressive manager from the 2019/20 campaign…

We asked our Championship pundits to pick their Manager of the Season so far.

Our experts Keith Andrews, Don Goodman, Andy Hinchcliffe, Scott Minto, David Prutton and Gary Weaver selected who they think has been the most impressive manager from the 2019/20 campaign…

Championship pundits pick their Team of the Season

I’m going to go for Marcelo Bielsa for a number of reasons. The first is how Leeds have dealt with the disappointment of last season and the way they have dealt with that capitulation. I have been in the position as a player, and it’s so difficult to get over.

At home with… Leeds United

Kalvin Phillips, Liam Cooper and Luke Ayling joined Sky Sports to discuss Marcelo Bielsa, their highlights of the season and much, much more…

He did very little in the transfer market but it has been extremely effective.. Ben White to replace Pontus Jansson was a big move, but it has turned out to be an absolute masterstroke. Helder Costa took a while to get going but he has been good, too.

They started brilliantly, then they had a wobble. I was at that Nottingham Forest game in early February when they lost and you thought the wheels were coming off. They then went to Brentford and got a draw, and since then they have stabilised and kicked on. If they get the chance I expect them to finish the job.

It’s his first season in the Championship and it’s probably very different to anything Slaven Bilic has experienced so far. The recruitment has also been excellent at West Brom, I do not know for certain if Bilic was involved in that, but I would love to think he had a say. And he has given youth a real chance, too.

They were one of the top scorers last season and attacking was never an issue, but they are more cohesive and front-footed now. Last season they were a good team but they did not get you off your seat as much as this team. It is a more collective effort now and they are still the top scorers in the league.

I also love the decisions he makes during games. They have gained 24 points from losing positions this season, which is more than anyone in the Championship, and that does not happen by accident. It happens because you have instilled character in your team and make good calls at the right times.

You have to give Bielsa and Bilic credit as they are managing the top two teams, but it’s not a huge surprise to see them where they are.

But no one really expected to see Nottingham Forest where they are. Sabri Lamouchi has deservedly got them they through how good of a coach he is and how he has set them up.

They defend so well and break with pace. It’s not over-achieving, because they deserve to be where they are. And that is largely down to him.

Tony Mowbray has done well at Blackburn and I would npt rule them out of sneaking into the play-offs. Steve Cooper at Swansea and Alex Neil at Preston have done great jobs, and Scott Parker has done a very underrated job at Fulham. It’s his first season of full management and even with great players it is not easy to blend a side of big talents after being relegated.

Championship Player of the Season?

We asked six of our Sky Sports EFL experts to pick their Championship Player of the Season.

Bilic did not really know the Championship but has done fantastically well, and Bielsa has kept everything calm at Leeds after last season, which is incredible. But Thomas Frank deserves unbelievable credit for what he has done at Brentford.

He lost key players like Romaine Sawyers and Neal Maupay in the summer, but he has replaced them and made the side better. He has turned Ollie Watkins into a striker, they are impressive at both ends of the pitch with the best goal difference in the Championship and he has done it on a budget that is nowhere near the big boys.

Leeds and West Brom were expected to be up there, although it is fair to see Bielsa and Bilic have done a great job.

Forest and Brentford, however, have improved leaps and bounds this season. Sabri Lamouchi and Frank have both done excellent jobs, but it just has to be Lamouchi for me, if only for the fact we actually might be all set to witness a Forest manager see out a season!

They were nowhere near last season, really, and he has had them right up there for the whole campaign. He has built a team that is far greater than the sum of its parts.

Championship Team of the Season so far

It’s unfortunate for Nottingham Forest and Sabri Lamouchi that the season got suspended just after their 3-0 loss at home to Millwall, because they had mostly been excellent before that.

At home with… Nottingham Forest

Lamouchi has come into a massive club with huge expectation and brought the whole of the red half of Nottingham together, and you can feel it on matchdays when you go there.

He has a magic touch and the players hang onto every word he says, even those who are not playing are happy. He’s revived a club and given them some hope and dreams.