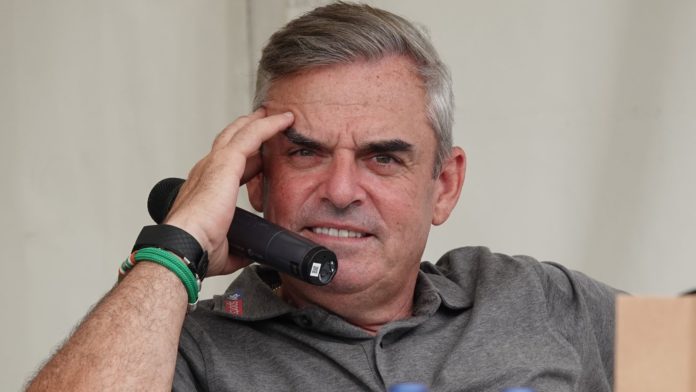 “Tournament golf returning is a positive, and it’s better to have professional golf with no on-course atmosphere than no golf at all.”

After the PGA Tour announced their intention to resume tournament golf behind closed doors in June, Paul McGinley explains how playing in front of no crowds is better than not playing at all.

If golf does resume in June, the players will face a sterile, golf-only environment with no spectators, and that’s a situation I can see carrying on right up to – and including – the Ryder Cup and after that as well, including the majors.

Clearly they will have to restrict who is allowed on site, and the early events will be TV events only. It will literally be players and caddies only on the course, and I’d expect the PGA Tour to cut down significantly on officials, scorers and staffing across the board.

PGA Tour to return in June

Even the TV crews will have to take limited staff for production on site, and everyone who is on site could be tested for coronavirus every day. This is all okay in the short term, and having no crowds appears to be the only way back for tournament golf in the current climate.

The big call that will need to be made is around the Ryder Cup. Can the Ryder Cup really go ahead without spectators? As I said in my column over Easter, the only realistic chance of seeing crowds at any sporting event is if a vaccine becomes available to combat Covid-19.

There also has to be mass testing in place generally, and tests readily available, and players and officials need to be prepared for – and embrace – the conditions they are likely to return under.

PGA of America CEO Seth Waugh has already said this week that he was quite happy for the PGA Championship to be played behind closed doors in August, and I think people will accept all the restrictions in the short term.

We are dealing with unique times, and true sports fans will understand the consequences that affect all of professional sport worldwide. They will even accept the fact that the Ryder Cup might have to be played with no spectators present, hopefully just this once.

The professional golf authorities need the TV revenue, particularly the PGA of America who are the organisers for both the PGA Championship and the Ryder Cup. To have either, or both, of those events cancelled would be devastating from a financial perspective.

If the Ryder Cup does get the green light to go ahead behind closed doors, that would be a massive advantage for Europe and enhances Padraig Harrington’s chances of bringing the trophy back home.

Home advantage is such a huge factor in the Ryder Cup, and the American fans are notoriously loud and boisterous and can be daunting to deal with for the visiting team.

Team USA captain Steve Stricker would have a case if he wanted to delay the contest until spectators are permitted to attend sporting events once again. But, as important as the captain is, he comes in second behind the need for revenue.

Money will always trump the view of the captain. Yes, the contest will lose a significant amount in ticket sales and merchandise, but the television rights money will be invaluable for the long term. Any income is better than zero.

In my view, governments will not take the risk in lifting the restrictions on mass gatherings initially, so if golf is to come back, hopefully there will be some testing in place. And with the numbers of people allowed entry to the golf course severely limited, golf tournaments are achievable.

Tournament golf returning is a positive, and it’s better to have professional golf with no on-course atmosphere than no golf at all. I think we all need to get our heads around the fact that there will be no crowds for the foreseeable future.

We must also remember what many leading medical advisors are warning, that there is a strong likelihood of a second and third wave of coronavirus to hit later this year, and that’s why mass gatherings will not be permitted – certainly in the short term.