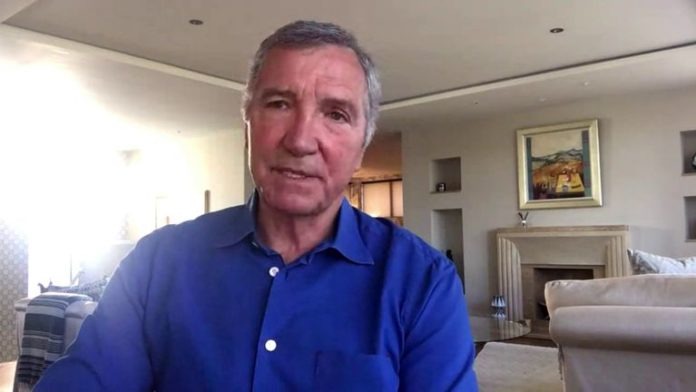 Former Newcastle owner Sir John Hall: “If this is genuine, I’d like to see the new owners not just throw money at the club in an irresponsible way, but instead rebuild the football club properly”

Amanda Staveley’s PCP Capital Partners has agreed a deal to buy Newcastle and end Mike Ashley’s 13-year tenure as the club’s owner, according to sources directly involved in the takeover.

In a deal believed to be closer to £300m rather than the original asking price of around £340m, former owner Hall – who sold Newcastle to Ashley for £135m in 2007 – hopes the takeover will be the start of better times for the club.

“Newcastle is a passionate city, much like Liverpool, where football is embedded in the community,” he told Sky Sports News.

“If this is genuine, I’d like to see the new owners not just throw money at the club in an irresponsible way, but instead rebuild the football club properly.

“They need to immerse themselves into the community, invest in the academy, the training ground and the city as a whole. If they do this, then I’d welcome them with open arms.

“It would be wonderful to see them build a team that was a blend of local lads and some superstars and perhaps start to challenge in the top five again in the next few years.”

Who is Amanda Staveley?

– Married in 2011 to Iranian-born Mehrdad Ghodoussi. They have one child Lexi, born after Staveley went into labour during a business meeting

– The family have homes in Dubai and London’s Park Lane

– Also in 2009, she was involved in a failed bid to take a controlling share in Liverpool, walking away when the Fenway Sports Group valued the club at £1bn

– She came close to purchasing Newcastle United in January 2018, through her finance vehicle PCP Capital Partners

Over the past 13 years of ownership, Ashley’s relationship with Newcastle supporters has declined continuously, and he is now closer than ever to bringing his controversial tenure to an end.

Hall, now 87 years old, says his relationship with Ashley was not an issue.

He added: “When I sold the club to Mike Ashley 13 years ago, I always found him okay to deal with.

“This is a strange time in the world with no certainty about anything including football, but I’m not surprised that Ashley has decided that this is perhaps the right time to bring his tenure to an end.”

Graeme Souness believes owner Mike Ashley has “wanted out” of Newcastle for some time and claims his departure will be welcomed by every supporter of the Premier League club.

Souness, who managed Newcastle between September 2004 and February 2006, told The Football Show: “It will be welcomed by every Newcastle supporter.

“Generally with these things, if they’re serious you don’t hear about them but this has dragged on for an enormous amount of time.

“Ashley was seen as a saviour going in there – an extremely wealthy man, but as wealthy as he is, the Premier League is a very expensive place to operate in today if you’re looking to spend your own money.

“He quickly realised that, so he’s been looking for someone to come in with fresh investment to take Newcastle back to where they think they should be, which is the top end of the league and maybe getting back into the Champions League.

“It will be welcomed by every Newcastle supporter and I think even Ashley wants out. He’s made it plain that if someone comes up with the right price, he’d be out of there.”

What will happen to Steve Bruce once the Newcastle takeover is complete? Our man in the North East answers your questions…

Sky Sports News‘ Keith Downie joined us for a Transfer Centre takeover on Thursday evening, answering your Newcastle questions on what happens next with the club’s prospective takeover. Read the full article HERE.