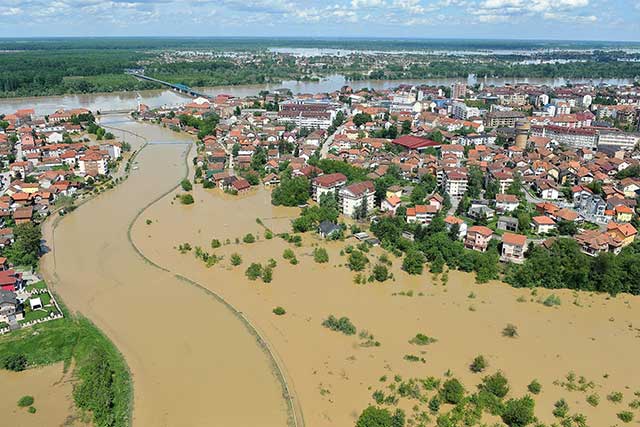 In response to recent devastating floods affecting Bosnia and Herzegovina, Serbia as well as Croatia, FAO is assessing the potentially extensive damage to livestock, crops and rural infrastructure. The Serbian government has already indicated that agriculture is among the hardest hit sectors.

As United Nations (UN) personnel are working together with national teams and neighbouring countries to cope with immediate threats to human health and safety, FAO is supporting the affected countries to survey damage, estimate losses and identify immediate needs in the agriculture sector.

“Many of the affected families have small farms,” said Raimund Jehle, Senior Field Programme Officer at FAO’s Regional Office for Europe and Central Asia in Budapest. “For them, the impact of a drowned milk cow has an enormous effect on household income.”

“Damage assessment and recovery efforts in Bosnia and Herzegovina are further complicated by the presence of unexploded landmines dislodged and moved by the flooding”, Jehle said. The removal of livestock carcasses presents another urgent health issue.

The findings of FAO’s agricultural needs assessment will contribute to a consolidated UN “flash appeal,” through which the UN system will seek donor financing for the countries’ recovery.

FAO’s emergency response to the Balkans flood emergency is being coordinated by the Organization’s Regional Office for Europe and Central Asia, in Budapest. Specialists in crops, livestock and agricultural economics are being mobilized throughout the region and from FAO headquarters in Rome.