Home Sport Sarri: I had conflicting relationships at Chelsea 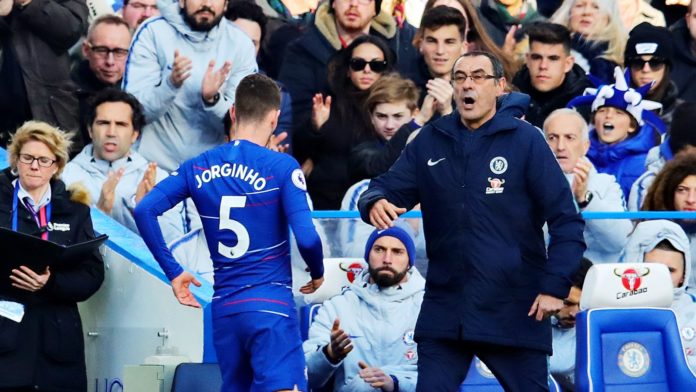 Former Chelsea manager Maurizio Sarri has admitted he had a “conflicting relationship” with the players during his first six months at the club.

Sarri was in charge for Stamford Bridge for just a single season, 2018-19, and although it began with a 12-match unbeaten run in the Premier League, it was not without its controversy.

Goalkeeper Kepa Arrizabalaga famously refused to be substituted in the Carabao Cup final against Manchester City, an incident which was a source of great embarrassment to the manager.

The Italian guided the club to a Europa League title but left after only 12 months to return to Italy and manage Juventus.

“The higher the level, the more difficult it is to build a relationship with the players,” said Sarri.

“It’s not the players who change, but the surroundings. You need more time, but you still manage.

“I had a conflicting relationship with the Chelsea locker room during the first five to six months, but then when I left after the Europa League final I cried and also a lot of the guys did.”

Sarri says that he now has positive relationships with several of his former players and that they have sought out his advice on coaching.

“I am not the type of guy who pats you on the shoulder, I am one of those that if you make a mistake he will tell you,” he said.

“If you do well the most you will get is a “bravo” as you walk past. For the players the impact is destabilising, but then I think they recognise the sincerity in the end.

“The best relationships I have now are with those former players who did not play much. Those who are at the end of their career and want to start managing come to me for advice on football in general, on the experience they are having and some even ask to be in my staff to learn how to become a manager.”