Home Sport Notebook: Kane not on Man Utd wishlist but Sancho is 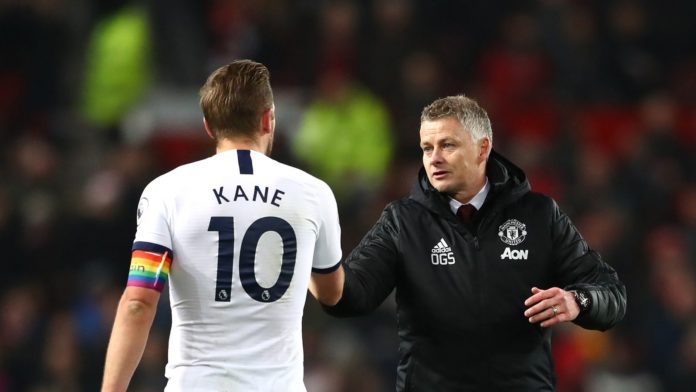 Manchester United are prepared for a big knock-on effect from the coronavirus pandemic when it comes to the next transfer window, writes James Cooper.

United have already identified the positions they want to fill and the players who may be available. Plus, they are aware clubs will be unlikely to spend huge sums on new recruits.

How might this affect United’s plans? Let’s take a look at some of their reported targets.

The Colombian has often been linked with Manchester United since lighting up the 2014 World Cup in Brazil where he was named Player of the Tournament.

It has been an up-and-down six years for Rodriguez, who is now 28 and back at Real Madrid following a season on loan at Bayern Munich, but, despite the links, the midfielder is not on Ole Gunnar Solskjaer’s wishlist for this summer.

The fundamental factor is United believe there are better players on offer who also match their desire to bring in the best English talent.

Someone like Aston Villa’s Jack Grealish is far more attractive if they decide to bring in a midfielder.

The shadow of Paul Pogba looms large over any potential transfer dealings. If he were to leave he would need to be replaced and there’d be money available to do it but, crucially, the Frenchman might find himself staying put rather than departing as few, if any, rivals can match the terms of his current deal.

Whatever happens with Pogba, it won’t interfere with United’s intentions to sign a player who’s been identified as one of the brightest young talents in world football.

Again, it’s a deal in the balance with a host of Europe’s biggest clubs also interested in bringing in a player who’s made 35 first-team appearances as a 16-year-old and isn’t 17 until the end of June.

United remain hopeful that a visit to Carrington and face-to-face discussions with the club’s power-brokers will convince the teenager and his parents to head to Old Trafford next season. I’m under the impression that, at this stage, the plan would be for him to be part of Solskjaer’s first-team squad rather than heading back to Birmingham on loan.

From United’s point of view, and I’m sure it’s reflected among the Premier League’s biggest clubs, the next transfer window won’t be like anything we’ve seen previously because of the coronavirus pandemic.

United’s recruitment has been successful over the past couple of windows, but expensive too, with almost £200m spent on five players, including a world-record fee for a defender in the shape of Harry Maguire.

Admittedly they’ve recouped some of that outlay, particularly in the case of Romelu Lukaku’s sale to Inter Milan, but the chances of the club spending £200m on a single player are pretty much nil.

It won’t happen even if Daniel Levy were to suggest to Ed Woodward he might be prepared to do a deal for Kane.

Furthermore, I’m under the impression that although there has been interest previously, Kane’s name isn’t on United’s recruitment list.

United just won’t be spending anything like those sorts of sums, despite expecting to be in a relatively powerful financial position when football emerges from this crisis.

What does that mean for other clubs and the deals they might already have in the pipeline?

Jadon Sancho is a perfect example of the unknowns of the next window.

He’s young and exciting and a primary target for Solskjaer, but while a fee approaching £100m might have been something United looked at with interest, no one knows how valuations and transfer agreements are going to be structured in the wake of the lockdown.

It’s been suggested to me we may see an increase in player swaps between clubs and while recruitment is an essential part of a club’s growth and development, any initial transfer window rush could be delayed until clubs have done their sums and worked out what they can spend and the value of what they’ve already got.