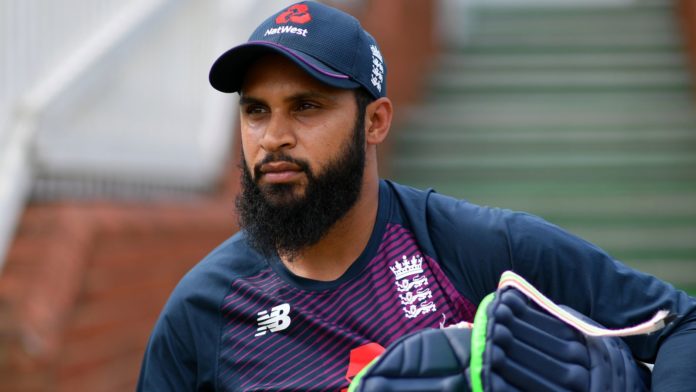 “If I have the motivation, my shoulder is 100 per cent and I feel I can get back into red-ball cricket, that is something I could consider, but at the moment it is about white-ball cricket and looking to perform”

Adil Rashid is targeting a spot in England’s 2023 World Cup squad and has not completely ruled out a Test return as he continues to overcome a chronic shoulder problem.

The leg-spinner took 11 wickets during England’s victory at the 2019 World Cup but was only able to play in the tournament after two injections, with his shoulder issue having previously left him unable to lift his bowling arm.

Rashid, though, says he is now getting stronger and has set his sights on helping England defend their 50-over crown in India in 2023, despite the fact he will turn 35 during the event in three years’ time.

“One hundred per cent. My aim is to play for England as long as possible,” Rashid told reporters on a conference call when asked whether the next long-form World Cup is a realistic goal.

“I have a vision of achieving that but that is a long way away. A lot can happen in three years in terms of performances, injuries, people coming in.

“I would love to do it as ultimately I want to go as long as I can. If my shoulder stays strong, hopefully I can play for a long time.

“I wasn’t 100 per cent fit [during the 2019 World Cup] but I managed it as I wanted to help the team. Morgs [England captain Eoin Morgan] was top drawer with me. He knew my shoulder wasn’t great but kept backing me.

“I went in with a strong mindset and did a decent job in a few games so hopefully that shows that if I am 100 per cent everything else will work out.

“I had a month and a half off between the New Zealand tour [in October] and South Africa [after Christmas] and worked really hard on my shoulder.

Spinners tend to develop in their thirties, don’t hit their peak until maybe even late thirties. Not just in England but generally around the world, you have to be patient and give time to spinners, especially if they are up and coming. If they come into the team and don’t have a great run, it’s about looking after them and keeping an eye on them when they get back to the county circuit.

Adil Rashid on how spinners are treated

“South Africa was a big turning point for me. I could see a big difference in my bowling from New Zealand to then. I was bowling quicker than I have ever bowled in my career.”

Rashid picked up three wickets in the final ODI against South Africa in Johannesburg in February to help England earn a series draw – before swiftly revealing that he was not yet ready to return to Test cricket.

The spinner played the most recent of his 19 Tests in the West Indies in January 2019 and is on a white-ball-only contract with Yorkshire for the 2020 season, which is yet to start due to the coronavirus pandemic.

It is something we cannot control. We will just get told. If it’s behind closed doors it is obviously going to be weird – the atmosphere, the buzz will be completely different. But if we get the go ahead I’m sure the players will be raring to go.

Rashid will consider his red-ball future come the end of the campaign, with the Ashes in Australia in 2021-22 something he could aim for.

“If my mind is set on doing something, then I will be 100 per cent focused on that,” said the Yorkshireman, who has taken 60 wickets at an average of 39.83 in his Test career to date.

“I have made the decision to only play white-ball cricket over the last year or so and that decision stands until September when I will reassess.

“If I have the motivation, my shoulder is 100 per cent and I feel I can get back into red-ball cricket, that is something I could consider, but at the moment it is about white-ball cricket and looking to perform.

“Joe [England Test captain Joe Root] has respected my decision and credit to him for not badgering me in that sense.

“[The Ashes] is a long time away so we will have to see what happens at the end of this year. It’s something I could look towards but it’s all up in the air.”