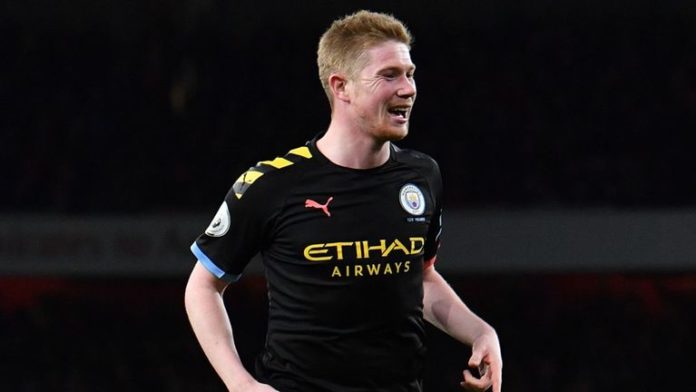 The Premier League remains suspended but plans are being put in place for a return – should government advice allow – in the early part of the summer.

Most recently, June 8 has emerged as a possible earliest return date for champions-elect Liverpool and the other 19 Premier League teams, most of whom have something to win or lose [apart from vital prize money] over the remaining nine or 10 games.

But how might any return to games work? Will there be a pre-season? What about coronavirus testing? And what can supporters expect to see?

All those questions and more will be answered below…

Why has June 8 emerged as a date when the Premier League could restart?

The government said on Thursday the lockdown would be in place for at least another three weeks. If it is lifted on May 7 players may be able to start training again depending on government advice. Players would need to train for about three weeks to get close to match fitness again, so games could start in early June.

It has to be stressed though that this is the best-case scenario. The Premier League have modelled for the season starting later than June.

How long would it take to complete the season?

There are 92 games left to play and the season could be completed in about five weeks.

Liverpool need six more points to win the title. They could do that by winning their first two games when the season resumes – away at Everton and at home against Crystal Palace.

How would players train?

Training would be controlled to make sure players were kept a safe distance apart from each other. One option is for players to drive to the training ground in their kits so they spend less time in contact with their colleagues in dressing rooms and other communal parts of their training grounds.

Some German teams returned to training 12 days ago. Bayern Munich players trained in groups of five without any contact and selected members of the media were allowed to film and take photos from a safe distance.

Games will almost definitely be played behind closed to doors to begin with.

That would mean testing more than 200 people before every game so realistically games would start again only when tests are more readily available for key workers, vulnerable people and the public.

Is there still a chance the season will not be finished?

The Premier League and the 20 clubs are committed to finishing the season.

Some clubs though are not convinced that it will be possible to play again before next season was due to start in August and they are planning for all eventualities.

The Premier League says clubs could lose more than £1billion if the season is not finished. The so-called big clubs stand to lose more than most and they are committed to finishing the season when it is safe to do so.

About half the clubs wanted a deadline of 30 June for the current season to finish, but this was not raised at Friday’s shareholders’ meeting.

Clubs will receive another update on scheduling models at the next meeting on Friday, May 1.

What would happen to the FA Cup?

The FA wants this season’s FA Cup to be completed. Although UEFA has given priority to domestic leagues being completed by August, FA Cup ties could be fitted in around Premier League games as would normally happen, but in a condensed period of time.

Seven games would be needed to complete the competition. It is likely all games would be played behind closed doors, including the semi-finals and final at Wembley Stadium.

When will Champions League and Europa League games be played and how will that affect Premier League teams?

Finishing domestic leagues is the priority but UEFA also wants to complete its two club competitions by the end of August.

UEFA is hoping that its two showpiece finals can be played three months late. The Champions League final could potentially be in Istanbul on Saturday, August 29 and the Europa League final in Gdansk three days earlier.

European games will be more difficult to stage than domestic games because they involve foreign travel for clubs.

UEFA is also drawing up plans for the possibility of the two competitions being completed in mini-tournaments. There are also plans for ties to be just one leg with one-off games which may be played at neutral venues.

Manchester City and Chelsea are still in the Champions League. City beat Real Madrid 2-1 at the Bernabeu in the first leg of their round-of-16 tie while Chelsea lost 3-0 at home to Bayern Munich at the same stage of the competition.

Wolverhampton Wanderers and Manchester United are still in the Europa League. Wolves drew 1-1 at Olympiacos in the first leg of their round-of-16 tie and United won 5-0 at LASK Linz.

UEFA is holding a series of meetings this week with member associations and stakeholders before its Executive Committee meeting on Thursday.

When will fans be able to go to games again?

No Premier League games have been played since 13 March and realistically no one can say with any degree of certainty when fans will be able to attend games again.

It is highly unlikely that fans will be able to go to games until next season and one club owner thinks games could be played behind closed doors until next year.

Even when the government allows supporters back at games, the match-day experience will be very different until an effective coronavirus vaccine is available.

Fans may have to have their temperature taken, wear masks and sit apart from each other until everyone is vaccinated.