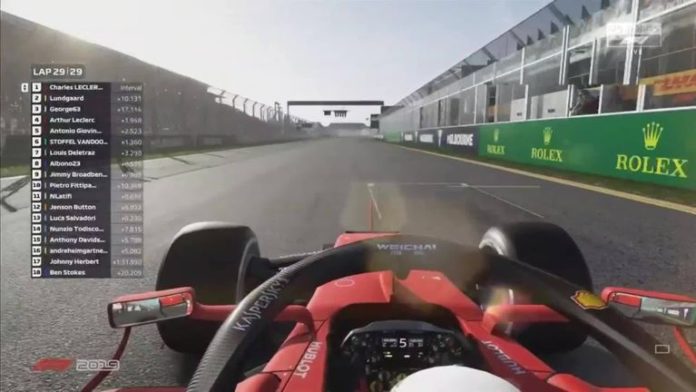 An eclectic mix of drivers – featuring Formula 1 stars, footballers and Sky F1’s Anthony Davidson – will be battling it out in tonight’s Virtual Chinese GP, the third online race from F1’s Esports series.

Tonight’s bumper grid is packed with seven F1 drivers from the class of 2020, including Ferrari’s Charles Leclerc – winner of the last event – and McLaren’s Lando Norris, with coverage starting at 6pm on Sky Sports Main Event, Sky Sports F1 and our YouTube channel.

Alex Albon (Red Bull), Antonio Giovinazzi (Alfa Romeo), George Russell and Nicholas Latifi (both Williams) are also returning for another crack at online racing, while Carlos Sainz will be making his F1 Esports debut as he completes McLaren’s regular racing line-up alongside Norris.

And a host of other big names are joining the F1 regulars for the event, which will see a short qualifying take place just after 6pm before a 28-lap race around the Shanghai circuit.

They’re not the only sporting stars signed up, with golfer Ian Poulter returning for Renault, alongside Guanyu Zhou – the Chinese youngster and winner of the opening Virtual GP ‘in’ Bahrain.

Louis Deletraz (Haas) and Callum Illot (Ferrari) are two other F2 youngsters on the grid, while Juan Manuel Correa, the American driver who is still recovering from injuries sustained in a horrific Belgian GP accident last August, is driving for Alfa Romeo.

Anthony Davidson is flying the flag for Sky Sports F1, alongside streamer Jimmy Broadbent at Racing Point, while Mercedes – for the third time in a row – have opted for Stoffell Vandoorne and Esteban Gutierrez, two former F1 drivers, to represent them.

Coverage will begin at 6pm tonight, with Sky F1’s Natalie Pinkham part of the presenting team.