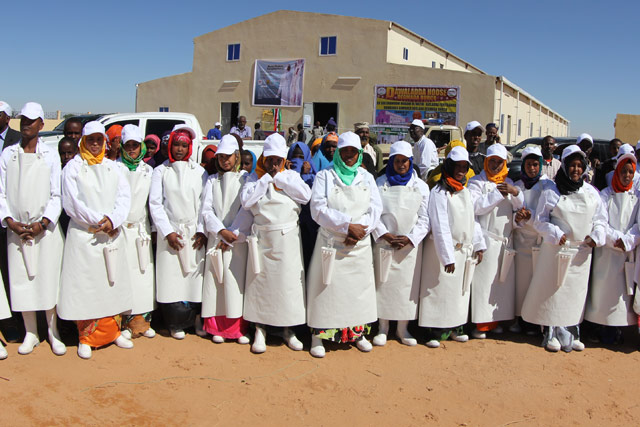 The investment by the United Kingdom in one of the biggest and most modern slaughterhouses in Somalia will significantly contribute towards improving Somalia’s ailing meat industry, which has seen little development for the last two decades. Burao is located in the Horn of Africa region where livestock forms the basis of rural economy and livelihoods. Addressing a gathering at a handover ceremony in Burao, Abdirahman Zeilici, Somaliland’s Vice President described the facility as “the best opportunity for Somalis to explore exporting meat after years of exporting live animals to the Middle East.”

In 2012, Somalia exported 4.7 million animals to the Gulf States, a trade that has grown exponentially since 2009 when Saudi Arabia lifted a 9-year ban on livestock from Somalia. UKaid’s Sustainable Employment and Economic Development Programme (SEED), implemented by the UN Food and Agriculture Organization, working with other organizations, has invested more than GBP 15 million to boost country’s leading economic earner supporting up to 65 percent of the Somali population.

Burao’s communities consume an average of 750 animals daily, yet the town’s current scattered slaughter facilities remain largely underdeveloped. In fact, it is nothing more but an open-air slab. No meat storage facilities, such as fridges or chillers, are available and electricity is so unreliable that the workers, who slaughter at night, are often forced to work by torchlight.

Further, there are no health and quality assurance measures in place. Meat is sold at an open-air market, exposing it to heat, dirt and insects. Poor disposal of slaughter waste exposes the public to pollution and noxious air. Blood and the liquid waste seep into the ground causing underground water contamination. Vultures and stray dogs roam the grounds.