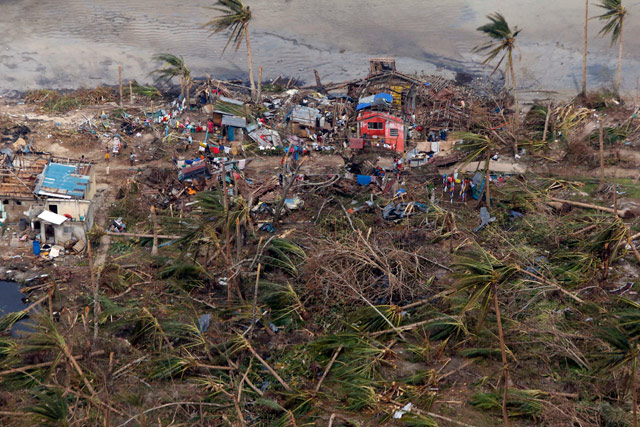 FAO is mobilizing support to the Philippines in the wake of Typhoon Haiyan, which tore through the country causing severe damage to the fisheries and agriculture sectors in addition to massive loss of life.

“I want to express the solidarity of FAO and myself personally with the people and the Government of the Philippines,” FAO Director-General José Graziano da Silva said today.

“The super typhoon Haiyan has left a trail of destruction and thousands of lives have been lost. The devastation caused in the country, including in the agricultural, fisheries and forestry sectors, puts the lives and livelihoods of many more at risk and can have a wider effect on the food supply chain and food security.”

The Organization will do everything it can to support the Government of the Philippines in the reconstruction process and to build resilience, Graziano da Silva said.

FAO called for $24 million for immediate interventions in fisheries and agriculture as part of the UN-coordinated humanitarian Flash Appeal launched today.

The Organization has already mobilized more than $1 million from its own resources.

“Although there is not a clear picture yet of the impact on the agriculture sector, it is evident that the damage is extensive,” said Dominique Burgeon, Director of FAO’s Emergency and Rehabilitation Division.

The typhoon hit just at the beginning of the main rice-planting season, and FAO estimates that over one million farmers have been affected and hundreds of thousands of hectares of rice destroyed.

Severe impacts on coconut production in affected areas are expected, and there has also been wide-scale destruction to storage facilities and rural infrastructure.

Along the coast the storm surge wiped out many fishing communities, demolishing boats and gear.

As part of FAO’s immediate response to the crisis, the Organization has deployed emergency response staff and will use the $1 million already mobilized to cover immediate needs such as seeds and fertilizers.

An initial total of $24 million will be needed for emergency and rehabilitation efforts including rehabilitation of storage and irrigation facilities and support to fishing communities.

The Organization will carry out a full assessment of the damage caused to the agriculture and fisheries sectors as soon as the situation on the ground allows.

Some 9.5 million people have been affected by the typhoon, according to the UN Office for the Coordination of Humanitarian Affairs.