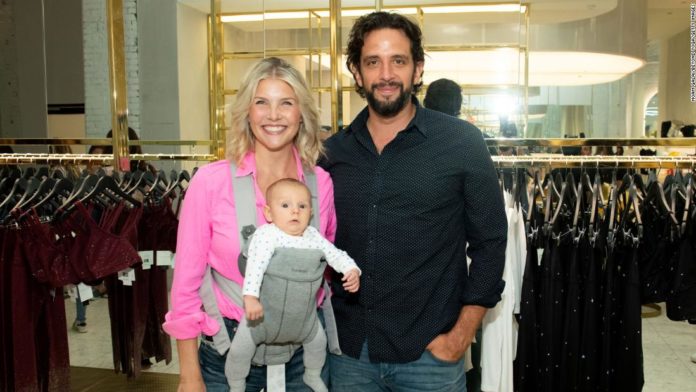 The Tony Award-nominated star has been battling coronavirus for more than two weeks. His wife, Amanda Kloots, has kept fans informed by sharing updates on his health on her Instagram.
Saturday was day 18 of him being sedated in the intensive care unit, Kloots told her social media followers. While hospitalized, he started having clotting issues on his right leg, and could not get blood down to his toes. The blood thinners he got to fix the clotting issues were affecting his blood pressure and causing internal bleeding in his intestines, Kloots said.
He is hospitalized at Cedars-Sinai Medical Center in Los Angeles, where he lives with his family while performing in “Rock of Ages.”
“They had him on blood thinners for the clotting, unfortunately the blood thinners were causing other issues,” she said Saturday. “The right leg will be amputated today.”
Kloots started the hashtag #wakeupnick on Instagram and asked fans to send her videos of them dancing and imploring him to wake up. Later Saturday, she shared an update that his surgery had gone well.
“He made it through the surgery, which is really big because obviously his body is pretty weak,” Kloots said. “Hopefully he’ll just kind of relax and rest.”
Their friends have started a GoFundMe campaign to help them pay for hospital bills and make their home wheel-chair accessible, Kloots said.
“I’m really blown away guys … I wanna thank anyone that has given anything that they can,” she said through tears. “It’s just overwhelming, I really thank you so much.”